Blood, and raunch, and glory! Oh, my!

Quite frankly, as someone who believes in keeping genres kosher, especially horror and comedy, itâ€™s not something I take with stride when meshed. Not saying it canâ€™t work. If executed well, it can. It can present you with a unique experience. For example: Zombieland (â€™09), Shaun of the Dead (â€™04), or letâ€™s go old-school — An American Werewolf in London (â€™81)! All present a unique touch of both that wraps around your brain and twists it all over the place like a Rubix Cube. Were they the best flicks ever? No! But what they have accomplished is respect.

Following in those same horrid footsteps is Scouts Guide to the Zombie Apocalypse. Presenting a pretty simple plot, three scouts, who on the eve of their last camp-out, discover what the true meaning of friendship is when they attempt to save their town from a zombie outbreak.

That simple, boys and girls.

Sex, gore, and zombies reign supreme. The outcome? Letâ€™s just say if The Walking DeadÂ (AMC ’10 – present) and SuperbadÂ (’07) did the nasty, Scouts would be their chaotic, R-rated lovechild. With the ability to creatively blend horror and comedy, overall, itâ€™s a horrifyingly charming experience. Uniquely silly, its cast of fun-to-watch leads dominate the screen from start to finish. ClichÃ© in the sense of having the typical band of misfits: the fat kid, the horny kid, the insecure kid, along with the typical hot blond who winds up their stream-of-consciousness (to an extent), Scouts isnâ€™t as bad as Iâ€™m sure some may think.Â

It’s ridiculous fun to a tenth degree black belt of what the fuck!? However, appropriate for the season, fast-paced, and a â€œwalkingâ€ joke with David Koechner. That said, one canâ€™t ask for anything more.Â 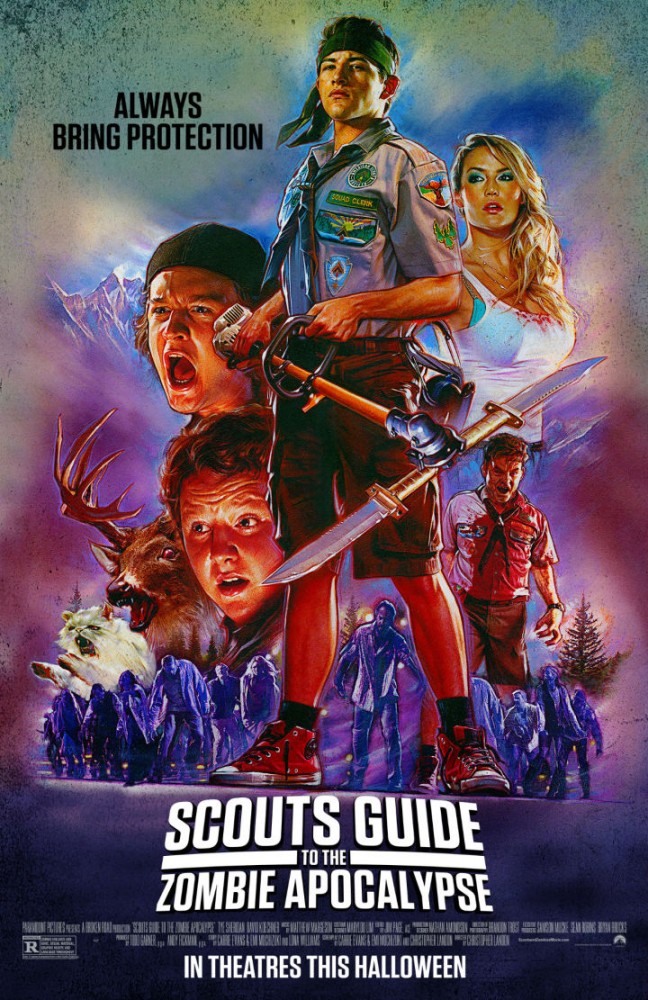