Wonder Woman in the flesh!

Who is Dolores Huerta? Do you know? If you’re a history buff, perhaps you do. If you’re not, then I’m 100% positive you don’t. Truth is the more things change, the more they stay the same for historic, “controversial” figures who helped mold America for the greater good. Those who have rattled America’s cage are always placed in a category of unsettling ways in terms of reaching their goals. And if you’re a woman of color, forget it. But thankfully, there are those who dig deep to expose the objectives and dues paid from those whose hard work has been swept under-the-rug. And that’s what director Peter Bratt has done with DOLORES, a documentary that defines the extraordinary life of civil-rights and labor movement activist Dolores Huerta.

Dolores Huerta is among the most fierce and important, yet least known, activists in American history. An equal partner in co-founding the first farm workers union with Cesar Chavez, her enormous contributions have gone largely ignored. Dolores tirelessly led the fight for racial and labor justice alongside Chavez, becoming one of the most defiant feminists of the twentieth century – and she continues the fight to this day, at 87. With intimate and unprecedented access to this intensely private mother of eleven, DOLORES unveils raw, personal scenarios involved in committing her life to social justice and change.

Intertwining a compelling montage of stock footage, sound drops from political figures, interviews with those who worked and served with Huerta, as well as Huerta’s children and Huerta herself, Bratt’s piece manifests just as much of an empowering feeling as she did during her days out on the road and field. Perfectly paced, DOLORES is powerful, enlightening, emotionally-driven, thought-provoking, inspirational, and most of all… Educational!

Travesty is an understatement for how unfair American history has been to one of its most influential heroes. Here’s the catch: Ironically, too often the quote “si se puede” is thrown around as a humorous tag-line to encourage and/or empower. But do people really know its origins? Know the blood, sweat, and tears that went into it? Made mainstream back in 2007/2008 by then presidential candidate Barack Obama (in English), the seed for this powerful catch phrase was made by Dolores Huerta (in Spanish) back in the ‘60s.

This film is a must-see for anyone interested in historical accuracy. We all respect and know who Cesar Chavez was and as a man what he stood for, but to write off the female role and drive behind the movement was/is a slap in the face for someone who simultaneously was in the front lines standing firm for the same kind of justice. DOLORES should be required as a teaching tool for those looking to venture into community organizing, as well as help educate from childhood all through the empty suits in Washington! 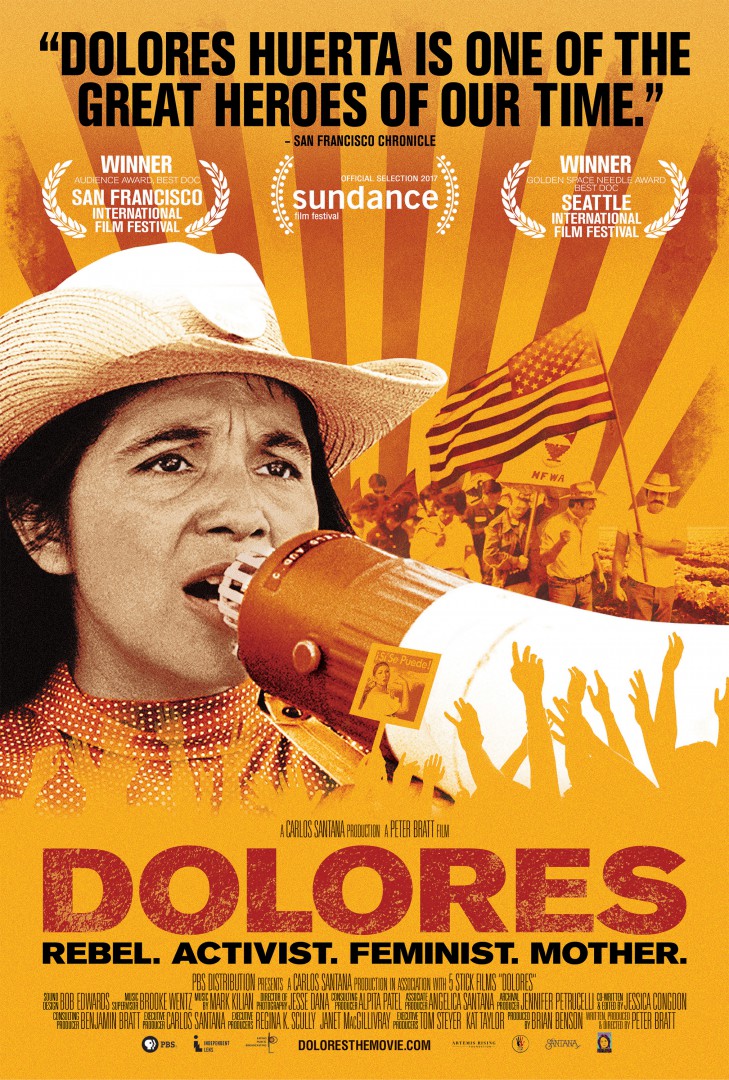