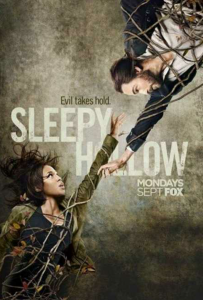 Since the defeat of Moloch (he’s a demon lord, think Satan) at the hands of Henry Parrish (the Horseman of War who also happens to be the son of Ichabod and Katrina Crane) more fallout continues to be discovered.Â  As Lieutenant Abbie Mills and Ichabod investigate a murder, the duo soon learn that the killer is using magic to kill his victims.Â  Katrina manages to identify this new threat, butÂ is there more she’s not divulging?Â  What secret is she keeping from Abbie and Ichabod?

Elsewhere it’s the return of Henry Parrish.Â  Wait Henry’s alive?Â  So first Chief Irving comes back from the dead and now Henry’s back too?Â  I say GREAT because I feel there’s so much more to be told about both these characters.Â  How is this possible and where has he been all this time?Â  More importantly what happened to him after defeating Moloch?Â  The mystery begins to unravel tonight at 9pm on an all new episode of Sleepy Hollow.