Swinging into theaters this December, in association with Marvel, SONY Pictures’ anticipated animated feature from Phil Lord and Christopher Miller will place the spotlight on a whole new Spider-Man storyline. “Spider-Man: Into The Spider-Verse” stars Shameik Moore as Miles Morales, who discovers he is one of many Spider-Men from several dimensions. The film also stars Jake Johnson as ripened mentor Peter Parker, as well as Hailee Steinfeld who stars as Spider-Gwen.

As we close in on its release date, New York Comic-Con wouldn’t be too bad a time to shed some light upon “Spider-Verse” while riding a wave of glory along yesterday’s (Oct. 5th) release of another “Spider-Verse” existence with SONY Pictures’ “Venom.”

The HULU theater at MSG (Madison Square Garden) was the set location where an audience (including me) found themselves tangled in a web of complete awe. Whether on NYCC’s page, or Marvel’s, or SONY Pictures’… If you’re on the up-and-up, I’m sure you caught spidey’s spectacle panel on Facebook Live! However, what wasn’t presented was the special treat Phil Lord and Christopher Miller had for us all. Unveiling it for the first time, the popping MSG crowd was granted with the first act of the film.

Having the audience literally stand, raise right hand, then left, then both and swear we wouldn’t spoil anything, the auditorium darkened and off we went. What – a – rush! The reaction was crazy. It’s gorgeous! It was a cosmic experience of literally watching pages of a comic-book come to life. Nice tie-ins, visually engaging, crisp sound, humorous, and a bangin’ soundtrack, the overall experience was clearly designed to be unique and in full fledge NYC mode.

Once wrapped, I think it doesn’t take a genius to know what followed. Panel chat cuts to the chase as Jake Johnson, Shameik Moore, Luna Lauren Velez (who plays Miles’ mom), Brian Tyree Henry (who plays Miles’ dad), and directors Bob Persichetti and Peter Ramsey are introduced. The host takes over and off we go. Stand out mentions were as follows: 1) Lord and Miller stating they had decided if they were going to work on a Spider-Man film (out of many already), they wanted it to tell the Miles Morales story, or it was a no-go. We’ve seen way too much of Peter Parker. Convincing the studio, they started laying down the ground work and “Spider-Verse” started crawling and 2) Moore saying how he had written on a “vision diary” how he wanted to be the black Spider-Man. Having a career that’s placed the talented man above-and-beyond, Lord and Miller mention how Moore was the actor they were looking for once they auditioned him.

As it went back-and-forth on casting and music and meshing it all, another standout moment that got the MSG crowd going was when Ramsey mentions how important capturing NYC as a whole was for the film. It’s evident of its authenticity with the footage we saw. Backdrop, dialects, style, and subway (to name a few), I can only imagine what they did throughout the rest of the film as Ramsey also mentions how every borough and its style has been added in the film. All five boroughs represent the city. Especially knowing NYC is the birth place of many things and styles like Marvel and its heroes (as mentioned by Persichetti), it was important to capture it.

The overall experience was second-to-none. It was loud, chaotically fun, dazzling and fierce. The cast and crew seemed very passionate and proud of what they’ve worked on, what was screened for us, and therefore, seem to be gearing up for what will be one of the most anticipated films this year. “Spider-Man: Into The Spider-Verse” will open December 14, 2018 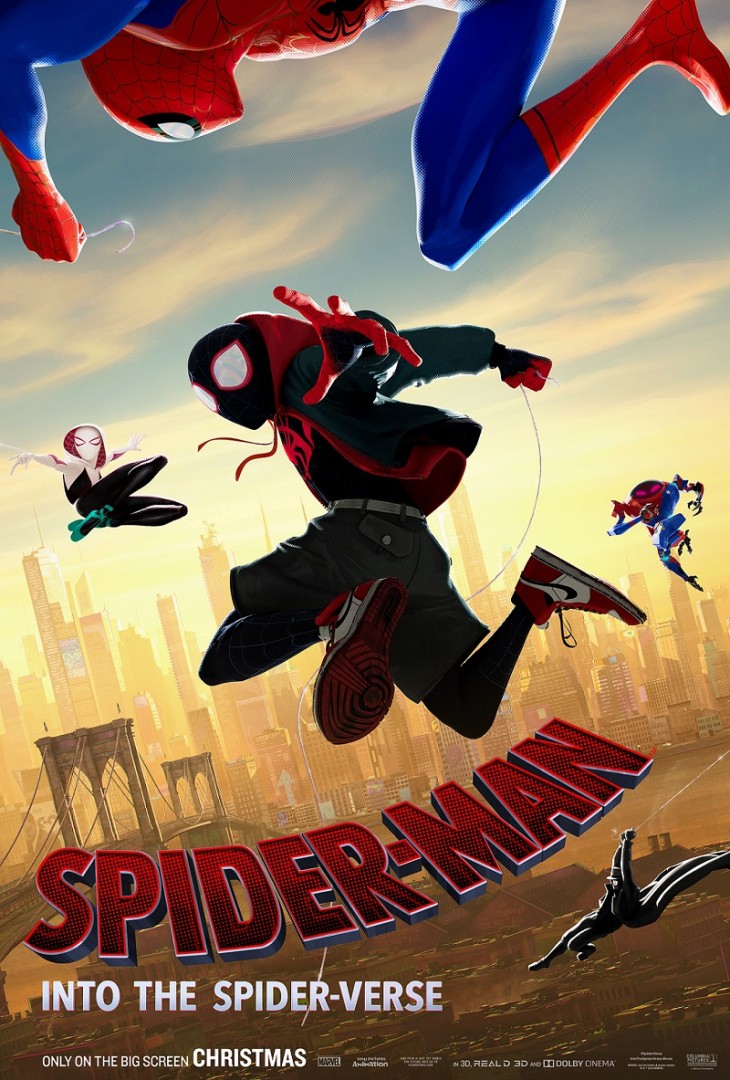