Beware of the flock!

STORKS is an ice-breaking, animated effort by writer / co-director Nicolas Stoller. Known more for his edgy antics with films like NEIGHBORS, it seems the man is learning how to flap his wings within the animated game. Whether a hit-or-miss, animated features always seem to do pretty well. Critical acclaim is overrated if you ask me. Whether at the box office, or home disk release, these films always have the power to wrangle families up for a fun watch. STORKS is no different, ladies and gentlemen.

Cutting to the chase: storks deliver babies, right? At least they used to from what I know. Contemporary times have taken over and now they’re delivering packages for a global internet retail giant – Cornerstone.com. Junior (Andy Samberg), the company’s top delivery stork, is about to be promoted when the Baby Factory (uh, oh!) is accidentally activated on his watch, producing an adorable baby girl. Desperate to deliver this bundle of joyous trouble before the boss gets wise, Junior and his friend Tulip (Katie Crown) race to make their first-ever baby drop, in a wild and revealing journey that could make more than one family whole and restore the storks’ true mission in life.

In a nutshell, STORKS is exactly what one would imagine: cute, fun and funny. It’s an original concept full of delightful moments. It doesn’t really carry the pizazz, or charm, a Disney/Pixar film would (than again, what does?), but it’s decent. There are jokes that crash harder than birds into a window, but it’s overseen with others that do hit as the narrative plays on. I wasn’t too crazy about it, however, it’s a pleasant 87 minutes of fair entertainment. Great voice cast and interesting story… This film will (for sure) help break the stork ice between parents and offspring once it’s over. So, if you’re a parent with intuitive kids, get ready. The famous, “Where do babies come from?” topic is about to come knocking. 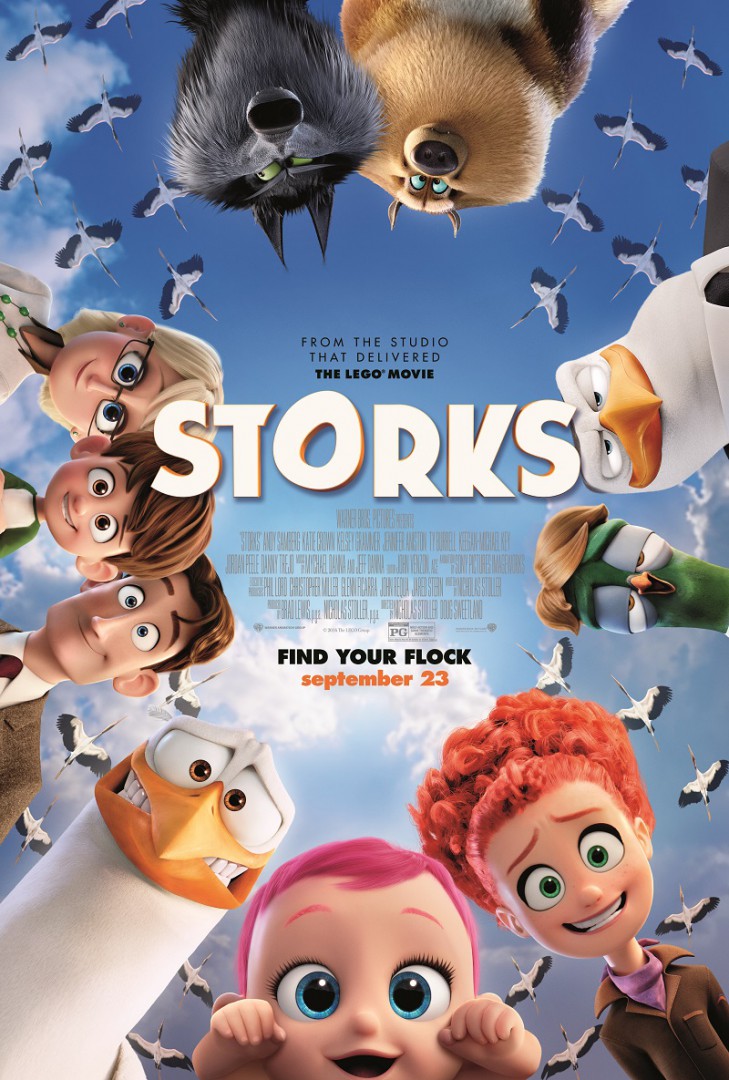