Sympathy for the bad guy

It’s no secret other than Chris Nolan’s DARK KNIGHT Trilogy, DCEU flicks have had it rough. Have you seen GREEN LANTERN (‘11)? What about MAN OF STEEL (‘13)? Can you say BATMAN v SUPERMAN (’16)? Need I say more? And for what it’s worth, these titles had their enjoyable “it-factor.” Not ashamed to admit I enjoyed bits-and-pieces of them, but there’s no way in hell they hold up to the more structured, inter-connected, coherent releases at the hands of Marvel. I’m sorry! What’s the difference you ask? Well, the difference between DCEU and MCU is simple: Kevin Tsujihara (WB’s CEO) and Bob Iger (Disney’s CEO). Both are successful, savvy businessmen who have climbed their way to the top of two of the world’s largest entertainment companies. However, when it comes to a specific genre, one gets it and the other one doesn’t. One structured itself with a plan from way, way back known as “Phases,” the other pretty much strong arms what he wants off a cork-board of generic ideas. One’s experimental and confident with their projects and people, the other relies on what and who they’ve already dealt with. There’s more, but I’ll leave it right here.

It seems there may be some redemption on the rise though. As one of the most anticipated titles this year, SUICIDE SQUAD flips their usual script, giving DC fans a look at baddies doing good. Kind of an oxymoron, but it does provide a different spin from the usual. Not like we haven’t seen bad guys gone good before, but this one’s different. It runs on cynical motives.

Written and directed by David Ayer (END OF WATCH (’12), FURY (’14)), SUICIDE SQUAD assembles a team of the world’s most dangerous, incarcerated Super Villains (a/k/a Meta-humans) who are provided with the most powerful arsenal at the government’s expense. The mission? A compromising send-off to try to defeat a destructive entity behind a terrorist attack. Overseen by U.S. intelligence officer Amanda Waller (Viola Davis), the mission becomes a complex ordeal as they realize they weren’t picked to succeed, but chosen for their patent viciousness and unregretful culpabilities when and/or if they fail.

No matter how you feel about it, this film will press a button in some way, shape, or fashion. Never has bad seemed so good. And much like the thin line between good and bad, it’s without question SQUAD has its downers. As a whole, I cannot say it’s Ayer’s best directing. We can point out how SQUAD pounds its chest with great joy as it exposes and relies (a lot) on its cast. We can point out how its humor seemed a bit more edgy than previous DC films, but didn’t do much to save its bewildering, color-by-number plot, or its thinly written characters. The reality here is there are disjointing moments throughout the film that triggers lots of “WTF?” moments. But no matter how hard it was to swallow Margot Robbie’s overkilled “NY accent,” or why wasn’t Bat-Man more involved (considering the film takes place after the events of BvS), OR The Joker as a freaky side-attraction, SUICIDE SQUAD has stand-out moments.

What helps SQUAD stay afloat is the stylistic grunge it provides. Giving an edge to its main characters driven by chaos. Among all the noise and craziness, there’s also a level of structure, which exposed the best this film has and that’s Will Smith (Deadshot) and Margot Robbie (Harley Quinn). Not far behind would be Viola Davis (who at times came off worse than the villains themselves) and of course, I cannot deny enjoying Jared Leto’s Joker. Nothing near Nicholson, Ledger, or even Romero… But Leto gets thumbs up for making it his own. Another plus is without doubt its set-up for more Joker/Quinn in the near future. So there is a fair share of enjoyment from this piece. It’s clearly connected with the upcoming JUSTICE LEAGUE film, and as always… Stick around for mid and post end-credit scenes. I’m sure you’ll dig that.

Is it the second coming of Christ? Of course not… However, I can’t say I disliked it. This flick is charming and chaotic at the same time. It’s a breath of Snyder-less fresh air. Despite my gripes, truth be told, I enjoyed it a lot more than I did BvS. I know it’s blasphemy for a lot, but I don’t run my life and especially type up reviews based on the feelings of another. If I did, I’d be just as screwed as those who encounter the Suicide Squad. 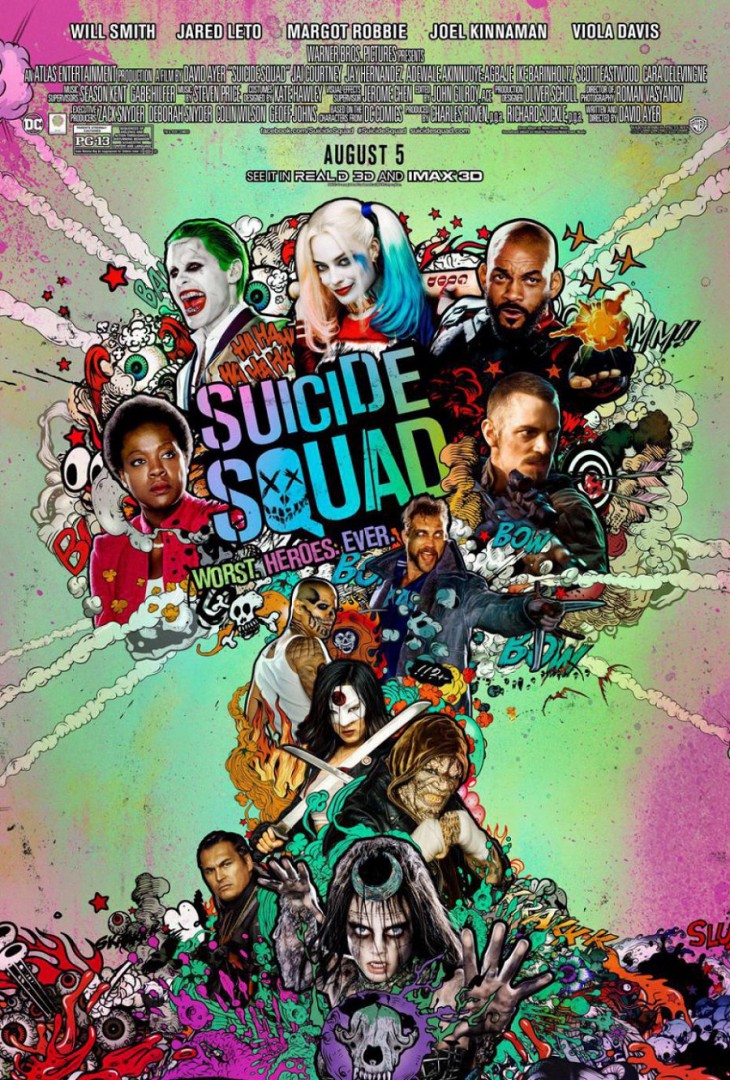