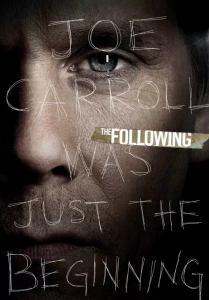 Are you excited that The Following is back?Â  Are you ready for another season of murder and mayhem?Â  Before I get into the season premiere, let’s recap last season as a refresher for those who haven’t watched it.Â  Last season on the following we met Detective Max Hardy (Ryan’s niece who worked behind the scenes to aid him in his search for Joe’s remaining cult members), saw the return of Emma Hill (Joe’s most devoted follower who went off the grid following Joe’s death), watched the ressurection of Joe Carroll (believed to have died in an explosion during the season one finale, but actually faked his death), got introduced to Lily Gray (a survivor of a Joe Carroll inspired attack who secretly is a psychopathic mastermind infatuated with Joe) and pyscho twin brothers Mark and Luke (one talks to dead bodies while the other doesn’t like to be touched), witnessed the unraveling of Mike Weston as he embraced his dark side and had our minds BLOWN midseason when it was revealed that Claire Matthews was alive (her death was faked as she, son Joey and her mother were placed into witness protection).

As the season wrapped, Joe was finally taken down, but his life was sparred by Ryan as he was brought back into federal custody.Â  Nearly all cult members (both Joe’s and Lily’s) were killed including EmmaÂ who was killed at the hands of Claire.Â  Lily was taken out by Mike (revenge for having his father killed) while Luke was gunned down by Max.Â  Mark reached out to an as yet unknown ally and escaped, taking Luke’s body with him.Â  It’s unclear if he’s dead or just badly injured.Â  Claire makes a sacrifce and let’s Ryan go (despite still being in love) and said goodbye in hopes they can both move on and find happiness.

Now that you’re caught up here’s what you need to know about the season premiere.Â  A year has passed and things seem to have gotten calm for everyone.Â  As friends and coworkers of the bureau come together to celebrate a wedding (now who the hell found time to get married?) a sketchy character makes a move at the wedding.Â  Who the hell is he, will he succeed at making his point and is he an acolyte Joe’s?Â  Those questions will be answered, but will you belive them is the real question. 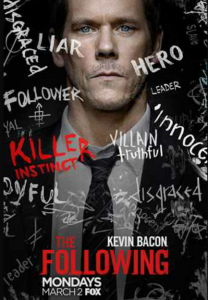 Meanwhile Ryan has found a new love (wait he really did let Claire walk away without a fight?Â  Damn you Ryan!), a woman named Gwen who works at the hospital.Â  His niece Max has been promoted and is now part of the bureau.Â  After all her contributions last season are you really surprised?Â  Mike is back too, but has he worked through his dark issues and regained himself?Â  We’ll just have to wait and see.Â  And what about that kiss between Mike and Max?Â  Where do things stand with them?Â  The answer may surprise you (shit I know I was!!!).

As a new spree of murders happen, the team find a distinct connection and uncover that the masterminds behind it are recreating killings done by Hardy and company.Â  Obviously it can’t be Joe because he’s still locked away right?Â  RIGHT?Â  If you’ve been with the show since the begining (or atleast last season) the answer may not surprise, but the mental state of the person will.Â  Can a pyscho become more psycho?Â  Survey says YES and then some.Â  The season premiere of The Following airs Monday night at 9pm after an all new episode of Gotham.