"Hydro-heroism brought to you by James Wan | AQUAMAN – Review"

Admit it. When you first heard there’d be an Aquaman movie, you probably didn’t know what to think or say. To date, the DCEU has had lots of potential with various titles, but for some reason still on wobbly legs. Fun to watch, they make a boatload of money, and keep the masses appeased to a degree. But here’s the million-dollar question: are they respectable? You know, like the other guys? That’s another topic that can be discussed till we pass out. So, no matter what side of the DC vs MARVEL fan fence you’re on, there will always be demand for the DC Universe in film form.The darker, edgier storylines of all superheroes, hope is the glue that binds the DECU as one of Hollywood’s most sought out franchises.

WONDER WOMAN swooped in and served as that light at the end of the tunnel. It was a gem that proved DCEU had a lifeline. There was a chance to garner respect. Not that MAN OF STEEL, BvS, or SUICIDE SQUAD were slouches, because I reluctantly admit they had something to offer. But in comes JUSTICE LEAGUE and even though its execution was simply OK, it also introduces a handful of new characters that keeps this band of heroic comradery alive. One of them…Aquaman! In part due to Jason Momoa, in others due to uniqueness and complexities of putting together such a character and how’d they pull it off. While a bit stiff, the guy and character stood out. And being an underdog among other superheroes, I was a bit “meh” about the whole thing, but I’d be lair if I said I wasn’t interested in seeing this hero in his own element. Oh, yeah…and once I knew James Wan was on board, I was all in!

It has finally swum up to our cinematic shores. So, lets embrace and ride the wave of enthusiasm. In AQUAMAN, Arthur Curry’s (Jason Momoa) quest to unite two worlds starts with a challenge that will test both his strength and courage: to retrieve the Lost Trident of Atlan. Only a true King of Atlantis can wield it, but to even find the damn thing, he must team with Mera (Amber Heard), Princess of the ocean kingdom of Xebel, on a treacherous journey over sea and land. However, the first hurdle, Arthur must overcome his own reluctance in being the solution to anyone’s problem – Atlanteans’ or mankind’s. And why? Well, till now, Arthur’s been happy existing as a powerful loner, picking his own battles and avoiding involvement in any sort of civil war.

To say this film doesn’t have flaws would be a fat fib. But they can be overlooked by being summed up in two words: James Wan! This guy has mastered storytelling when it comes to horror (SAW, INSIDIOUS, THE CONJURING) and proved he had an eye when it came to action/adventure (FAST & FURIOUS 7). Therefore, I conclude, I knew he’d do something special with AQUAMAN. Result…I’m a happy camper. It’s pretty damn good! I had so much fun with this flick. While this splish-splash spectacle needed a better script, Wan’s wand of cinematic magic was waved in ways that made this movie beyond enjoyable. The dude can tell a story and deeply engage you. A bit goofy for me at times, but what a rush. The oceanic worlds and its inhabitants, its colorful, unique and interesting characters, set-pieces, action sequences and fight scenes are incredible!

My hats off to Momoa, whose presence and charisma allows him to carry a movie. The same can be said towards Heard. She’s fierce in this movie. Quite frankly, much respect to the rest of the cast as well! Everyone’s beyond committed to character objectives, even when it called for silliness, their ability to help move this movie along was quite admirable. While the lead here is obviously Aquaman, my stand-out character is Black Manta (Yahya Abdul-Mateen). His set-up and motives are super awesome and intensely driven, making him one of DC’s best, big-screen baddies I’ve seen yet. Orm (Patrick Wilson) had method to his madness, but Black Manta though…

With the inevitable post-credit scene midway through, this movie is origin story first, spectacle second. So, expect all clichés within the realm of giving birth to a new hero. A new phase. The charm of truth is it’s an action-packed adventure spanning the vast, visually breathtaking underwater world of the seven seas. It’s special. There’s hope and I’m happy. The DCEU has piqued my interest again. AQUAMAN isn’t reinventing the superhero genre wheel, but it is unique to anything we’ve seen to date from either camp. 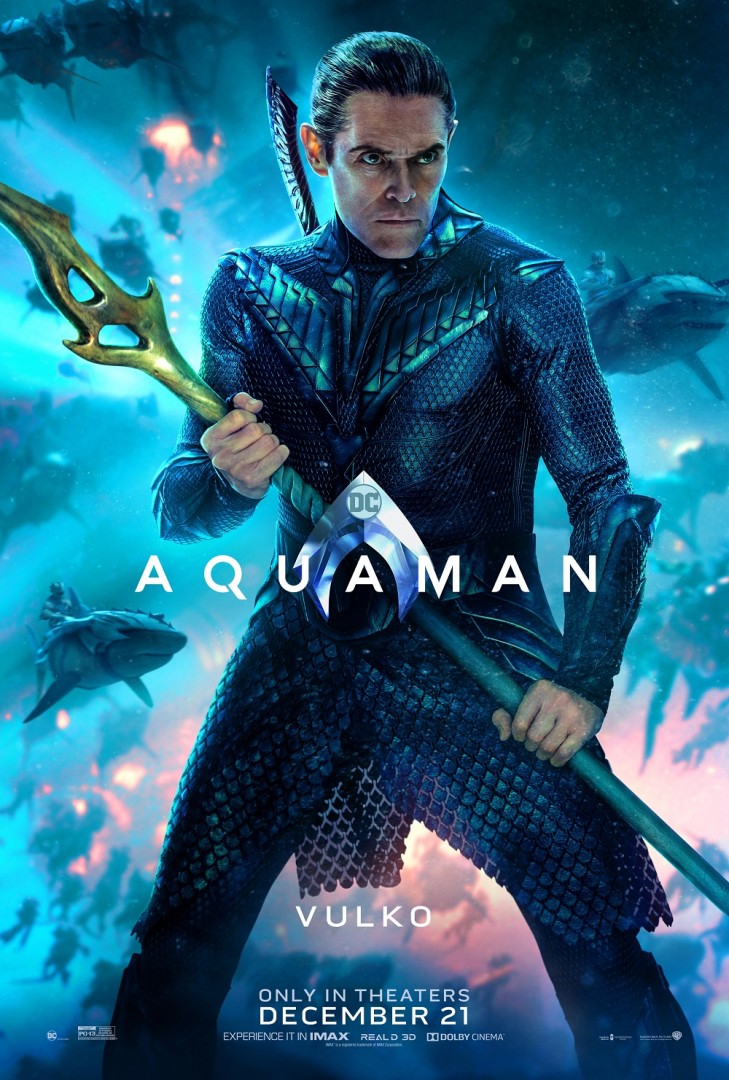 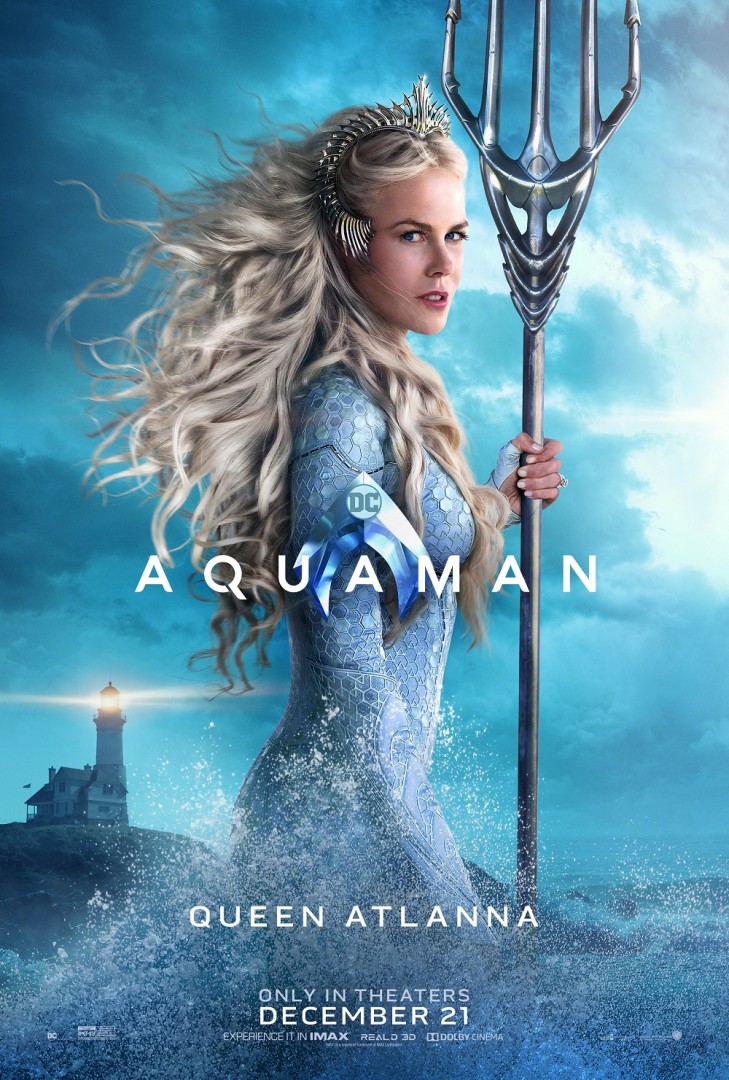 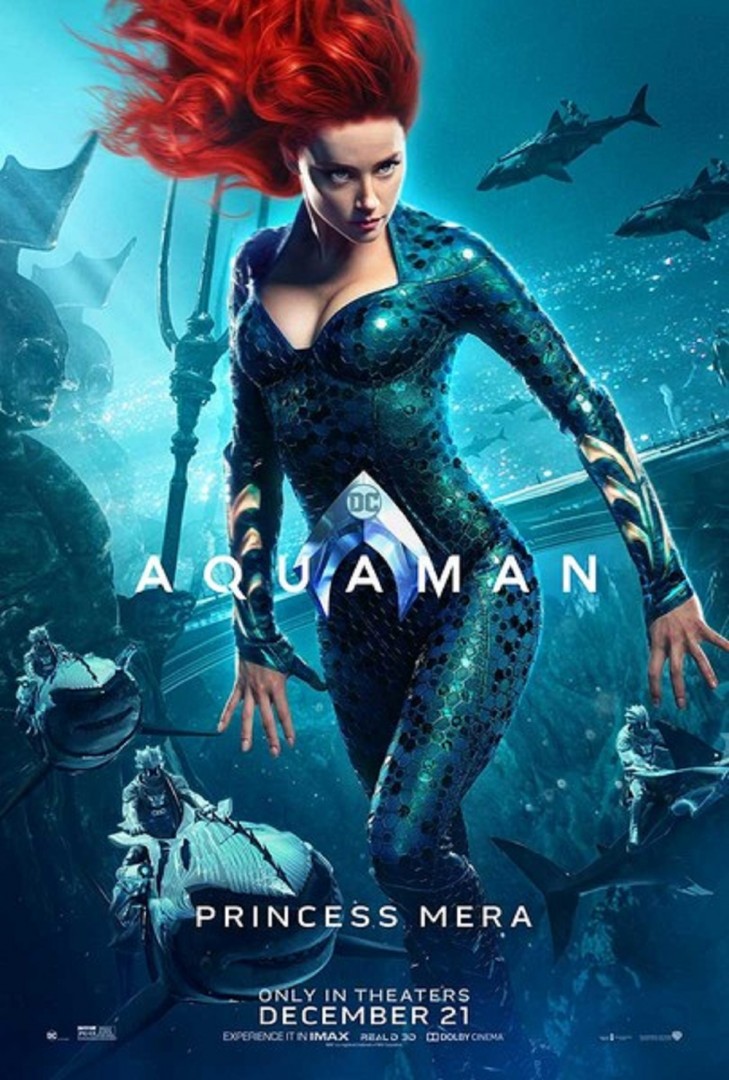 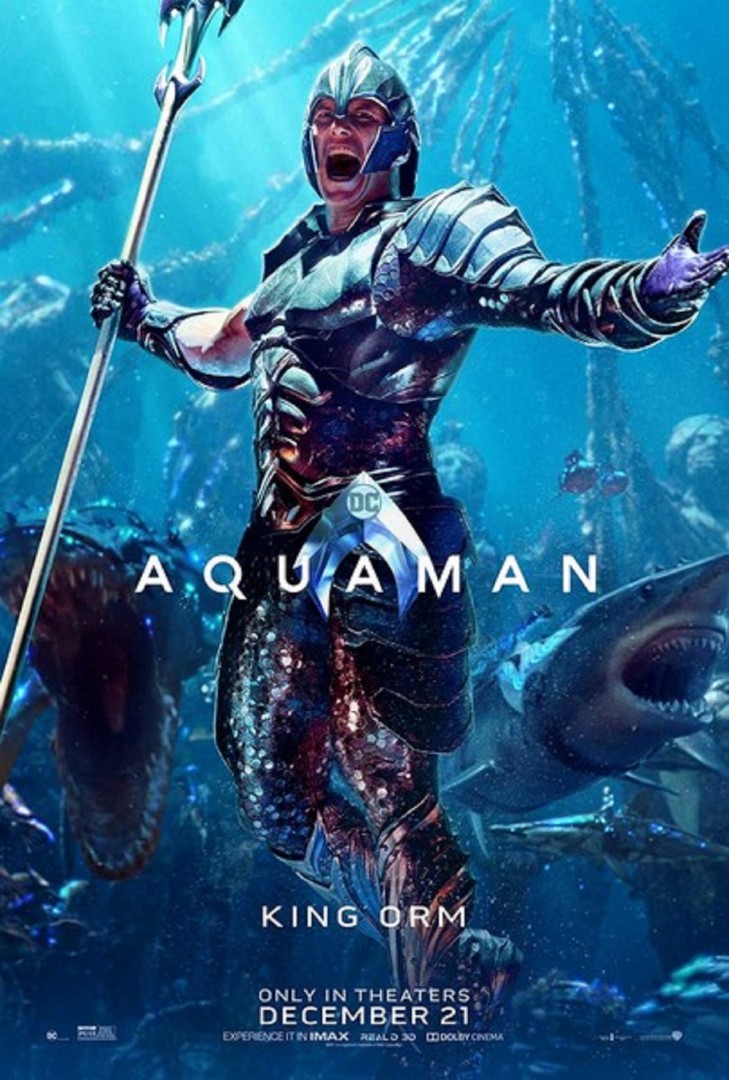 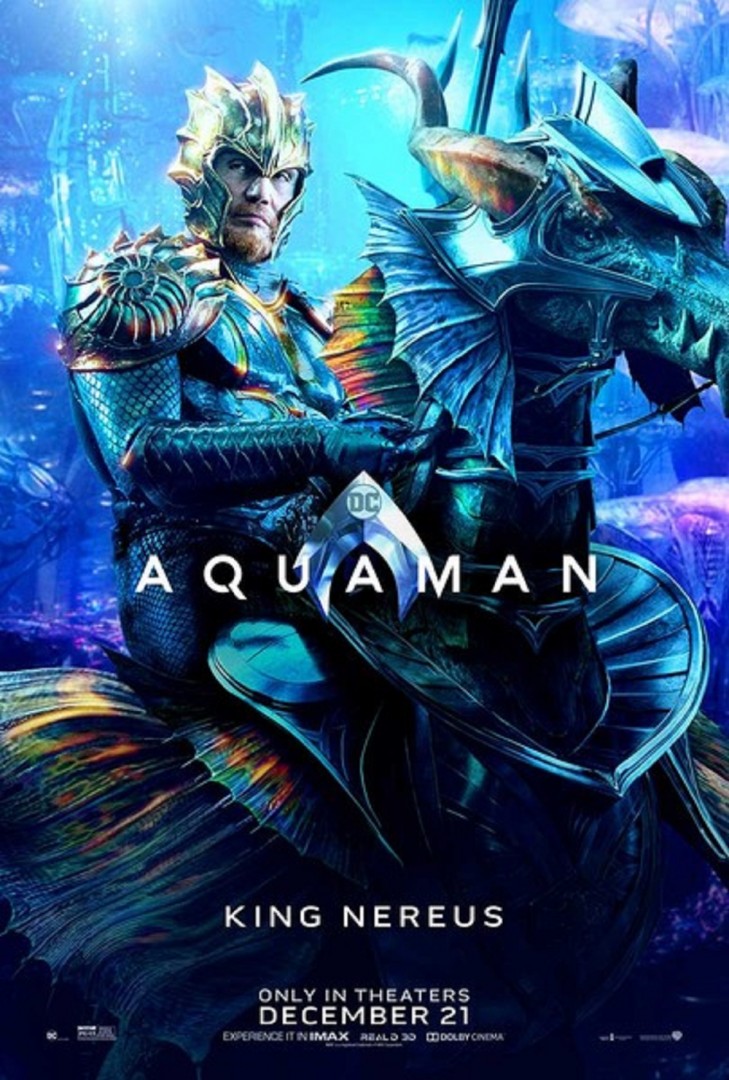 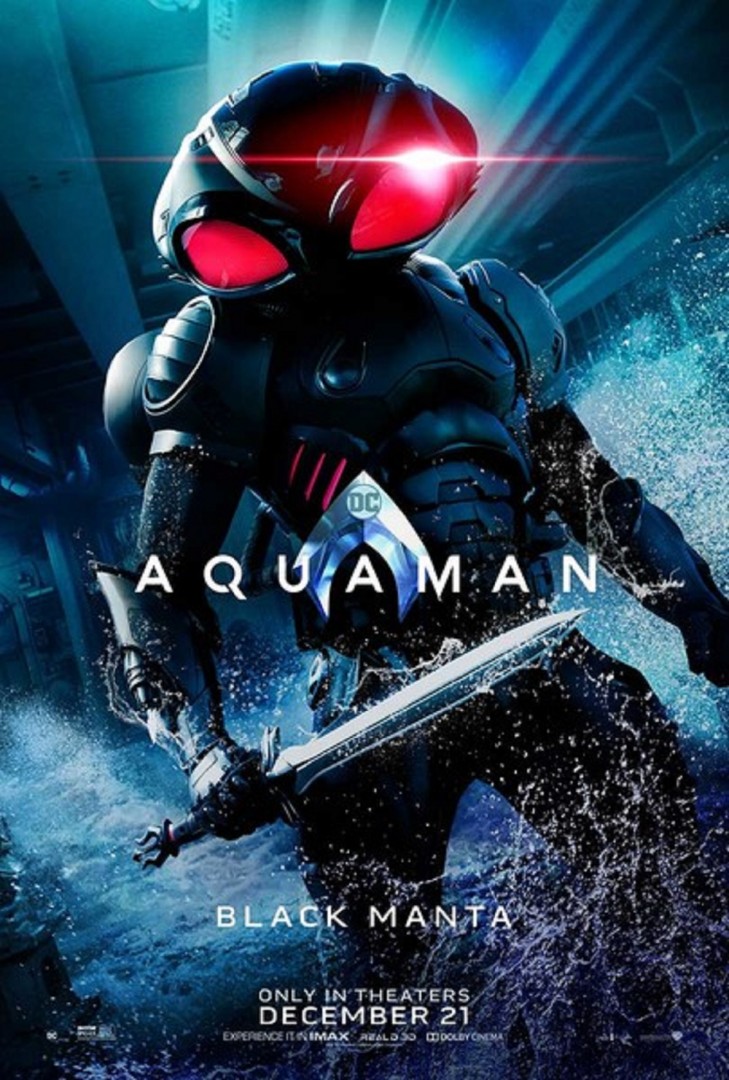 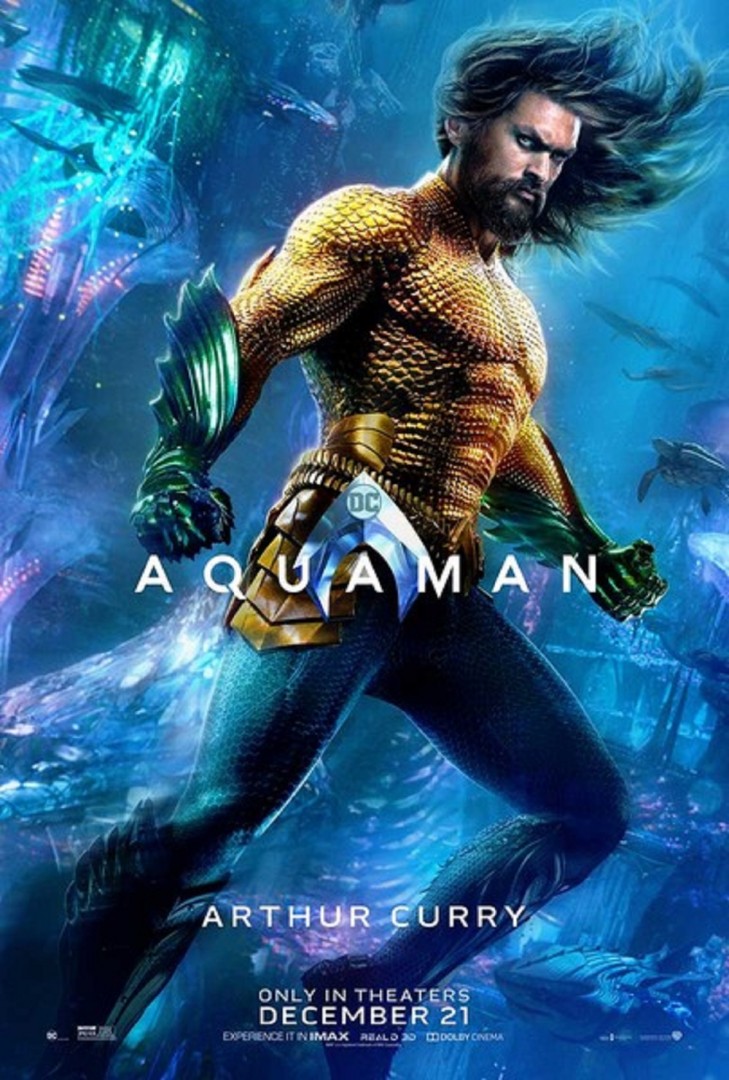