THE SEVEN FIVE defines cop as ‘criminal on patrol’

When one thinks of corruption, it never really seems to be an act practiced by those we deem good people. Seriously, why in the world would those who serve as defenders or representatives of every-day-civilians seek out such behavior? The answer is simple: power, control, and money!

Corruption has always been a part of life. Letâ€™s be realistic, this very nation of ours was obtained by corruption. However, where itâ€™s least expected happens to be where itâ€™s mostly happening. From our own government, to law enforcement, contemporary times seem to be outing these monsters day after day after day.

Ironyâ€™s bitch would be recent exposure of cops from all over abusing their badge by overstepping boundaries beyond any citizenâ€™s comprehension.

THE SEVEN FIVE is a well-executed documentary that exposes a mere tear-drop within the NYPD during the 70s, 80s, 90s, and dare I say today!

Meet the dirtiest cop in NYC history, ladies and gentleman. In the 1980s, Officer Michael Dowd patrolled the mean streets of one of the toughest precincts in the East New York section of Brooklyn. Not only did he â€œprotect-and-serve,â€ he also spear-headed a ruthless criminal network that stole money and drugs, ultimately resulting in one of the city’s biggest NYPD corruption scandals. In this dangerous, explosive, and adrenalin-based true crime saga, Dowd and former PD cronies tell all as they relive their days as gangsters with badges.

The story that unfolds is a riveting, real-life thriller full of larger-than-life personalities, stunning double crosses, and epic downfalls.

As the film sets off its grungy look into a world of deception, we begin by catching footage of Dowd reluctantly testifying before an investigative commission seeking out police corruption in 1993. Numb as can be with very little emotion or empathy, Dowd admits to committing â€œhundreds of crimes.â€ As he unfurls truth throughout the film, we gradually take in the descent from an ordinary, young, innocent, rookie cop who began serving in 1982 in East New York, Brooklynâ€™s 75th precinct, to a rugged kingpin.

As the crack-cocaine-ridden hood is broken down into sections, the dangerous reality of living within the confines of hell with bricks is extreme enough to â€œscare Clint Eastwoodâ€ as an interviewee states. Helping to connect the dots of deception along with Dowd are his former partner Kenny Eurell, Baron Perez, a man who ran his drug operation out of a car stereo shop, and vital link to Adam Diaz, a Dominican drug lord who served as the main player between criminal and cop working as one.

Escalating to levels that turned full-time cops into full-time criminals, THE SEVEN FIVE is layered with so much archival footage and stock photos, at times it becomes too much to tolerate and/or understand why cops would stoop so low. Itâ€™s beyond upsetting to know that a handful of crooked cops ruin it for the good ones. The good thing is that no matter how much of a bad feeling this story generates, the story presented in many ways is engrossing.

To date, one of the best documentaries this year so far, THE SEVEN FIVE needs stronger play and attentionâ€¦ Why? Well, because not everyone who wears a uniform (no matter what kind) isnâ€™t always doing it for the right purpose.

Starring As Themselves: Michael Dowd and Ken Eurell 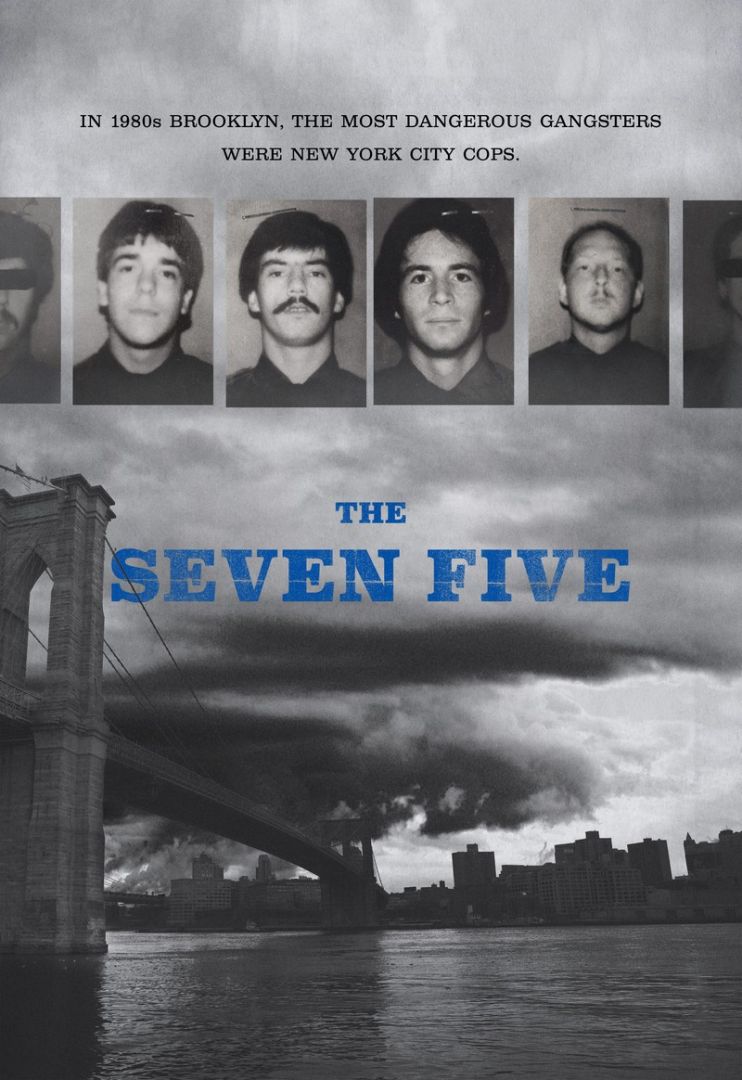