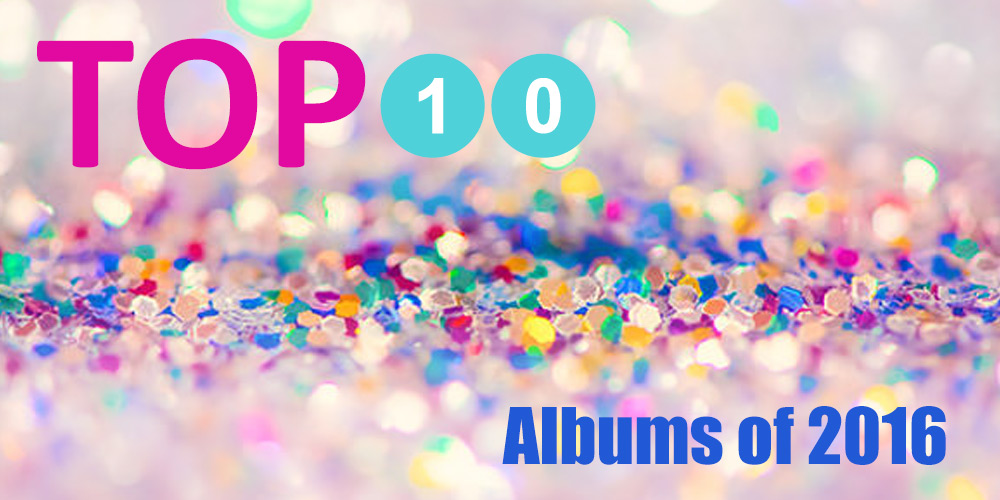 It is one of my favorite New Year’s Eve traditions – making a list of songs that touched my soul during the past year. But as great as individual songs can be, what about the album. While there can always be a not-so-good, but catchy song firing through the year – a good album is what really makes an artist. We currently live in a musical landscape where artists live single by single. There’s no conceivable process behind having a marketing plan for an album that starts out with knowing your first three singles.  These artists have done that though.

2016 was an eventful year in the music industry. Some new stars rose, some artists performed great comebacks and some performed their last ‘swan song’ in order to stay in our hearts forever.

The 25th and final album of the rock legend. It was released on 8 January – the artist’s birthday and includes 7 tracks. The Rolling Stone Magazine claims this album to be David’s best one since the 1970s. Unfortunately, just two days after the release, the artist died of cancer.

What a year for the Canadian singer and songwriter! This pop/R’n’B cocktail features the appearance of such industry stars as Daft Punk, Lana del Ray and Kendrick Lamar. It debuted at number one on the Billboard 200, selling 209,000 copies in the first week.

Released on April 23 ‘Lemonade’ became the singer’s sixth album. That is a so-called ‘visual album’ that was accompanied by a one-hour long film from HBO. It is primarily considered to be a R’n’B album with sections of pop, reggae, blues, rock and even country. Lemonade received 9 nominations for the annual Grammy Awards. It is a strong, furious album about confidence and revenge which if no surprise if you consult Beyonce’s latest events in life.

A passed year’s rap hit. The seventh solo album of the artist released on February 14. The album received generally positive feedback from the critics and a whole splash of emotions from the rapper’s fans. The Life of Pablo has been illegally downloaded for more than 500,000 times within the first three days of its release.

The year was surely rich and productive for the R’n’B and rap part of the industry. Views became the fourth album released by the Canadian rapper. The album was supported by the bonus track ‘Hotline Bling’ that has all the chances to become the year’s number one song.

The ninth studio album by the British rockers. It includes several songs written earlier (some even date back to 1995). The album topped the charts in several countries and is considered to be one of the best albums, according to the critics.

Rumor has it that the album got released only after a famous basketball player convinced the artist to do so. A rap opus with a hint of jazz, where the tracks seem to just flow into one another, – that is what this compilation album feels like.

The old funk-rock squad is back. In this album, the group has proved that is ready for experiments and is not going anywhere from our track lists. The eleventh studio album was produced by Danger Mouse after replacing Rick Rubin, who has been with the rock-band for twenty-five years. A cool restart for the guys that are over fifty.

The eight album by the singer from Barbados. Becoming an executive producer, Rihanna contributed a lot to the lyrics and collaborated with a bunch of other producers to achieve the right sound. Though the wait between her previous album and Anti was the longest in Rihanna’s career, she is still able to catch the audience’s attention and receive positive feedback from the critics.

A debut studio album by the country singer released on May 5. The critics describe it as the ‘old-school’ country. The album has been certified double platinum and has sold over 1.7 million copies only in the United States. Tracks on the album feature mandolin, both electric and acoustic guitars. To top the success up – the album received a Grammy for the best country album in 2016.

Now, it is the time when singers become popular and well-known, mainly because of their behavior and social accounts out there than the actual music accomplishments. Nevertheless, some artists still manage to release a good product and that can’t make all of the music fans out there genuinely happy.

I would like to take the chance to say goodbye to another Artist that passed away at the end of 2016. George Michael, thank you for everything!