"Twitter’s Periscope app the Clear Winner in Mayweather vs Pacquiao" 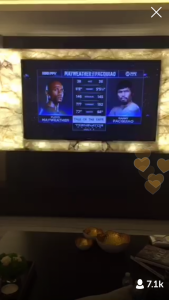 After cable companies blacked out screens and seemed to have throttled bandwidth to keep customers in check from streaming the fight illegally, both Paid customers and illegal streamers suffered. Even though both Mayweather and Pacquiao came off the screen with a huge paycheck, the one clear winner in the fight was Periscope.Â  People who weren’t able to see the fight but were privy to Periscope easily got to see the fight from the comfort of their phones or Ipads with a simple twitter account and a quick search on Periscope.

Some streams on Periscope had more than 10,000 live people viewing the fight. If you are not familiar with Periscope, it’s a new app created by Twitter that allows people to stream themselves and their surroundings live.Â  While the real purpose remains to be seen, this turned into the perfect social experiment for how to garner viewers rapidly.

So what threat does Periscopy hold for broadcast partners and rights holders and how will they try to deter this action. While I will not say if I was part of the collective that viewed the fight via Periscope, I will say that I would have been highly upset to have spent $100 to view this “boxing” match.

To me, there is not much that could be done to deter such action, but while on a live scope this morning, someone asked about the individual’s live scope beingÂ  “Shutdown” and if he feared legal retaliation and he had a simple answer “No, there wouldn’t be any legal action”

So where does Periscope go from here? while inherently there are two sides toÂ  “Periscoping” or “Scoping” there is also great promise to the app.

What do you guys think?