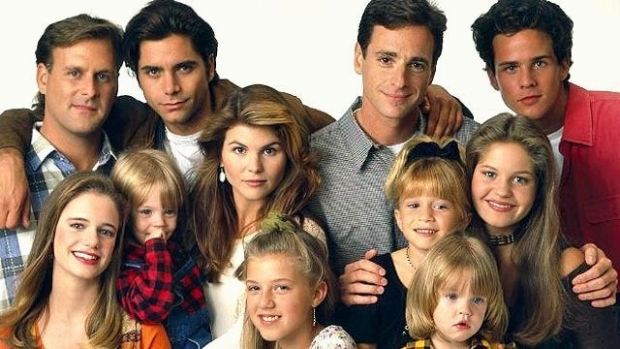 If you were part of the generation that had TGIF, you probably remember Full house. The hard to believe sitcom of a single that that is raising three daughters with the help of his best friend and his deceased wife’s brother. Regardless of the silly set up, the show was a huge success and launched the careers of the Olson Twins as well as cemented Bob Saget as the friendliest, kindest dad ever, John Stamos as the heart throb of heart throbs and my person favorite.

Well now John Stamos revealed on the Jimmy Kmmel Show and revealed about the new Show. He said

A littleÂ  morbid if you ask me, but let’s see how they plot twist this. I mean this was the same premise as the original Full House.

I don’t know about you, but I am totally waiting for this to come out and watch it.

I just hope that its better than Girl Meets World. I mean I had to admit that I have seen maybe one or two episodes and my kids don’t really watch it either. BUT Boy Meets World was awesome!

So from the cast, who do you think will be part of the new cast of “Fuller House” besides the obvious Candace Cameron-Bure and Andrea Barber?