HUNGER (’08), SHAME (’11) and 2013’s Academy Award winner for Best Picture, 12 YEARS A SLAVE, are all powerful films and all have one thing in common… Academy Award winning filmmaker Steve McQueen! Solid in style and rugged in form of storytelling, McQueen is one of the finest filmmakers out there today. All his films carry emotional weight and serve as stand-outs among other films within the realm of release.

Back to bless us with his craft, this time McQueen has set his writing, producing and directorial lens on a genre familiar to us all. However, unique in tactic and execution, his next cinematic adventure is based on an 80s popular U.K. television series of the same name, created by Lynda La Plante. WIDOWS is set in contemporary Chicago amidst a time of political and social distortion. When four armed robbers are killed in an explosive heist attempt, their widows (with nothing in common except a debt left behind by their dead husbands’ criminal activities) take fate into their own hands to plan out a future on their own terms.

If you’ve seen one heist flick, you’ve seen them all, but this one holds its own with a fascinating narrative. It’s proven once again McQueen’s a witty filmmaker. WIDOWS is a slow-burn flick riddled with clichés, but it’s an engaging crime story with twists exposing tentacles of corruption. From the streets of Chiraq, to the same local, government officials who oversee it, it’s a dense, complex story with plot points and scenes that have purpose. It’s rough, rugged, raw and ruthless! Its magic stems from the life its characters/actors give to the script. Not taking away anything from its ensemble cast, they’re ALL fierce and sharp in their own way, but the MVP in this flick is Viola Davis. She’s the purpose of this movie. She’s the lifeline. She’s the hand-that-rocks-the-cradle. That woman’s a beast of an actress! So much, I’d be willing to pull a heist with her.

WIDOWS is a darker, grittier upgrade of OCEANS 8. Less pretty yet more powerful, it’s got everything and more you’d want in a well-executed crime story. It doesn’t “reinvent the heist wheel” per se, but it’s added another notch on heist’s belt of badassery. A lot of that is due to its phenomenal cast of female leads. Possibly one of the best films in 2018! Therefore, I totally recommend it. it’s a joyride filled with lots of intensity. 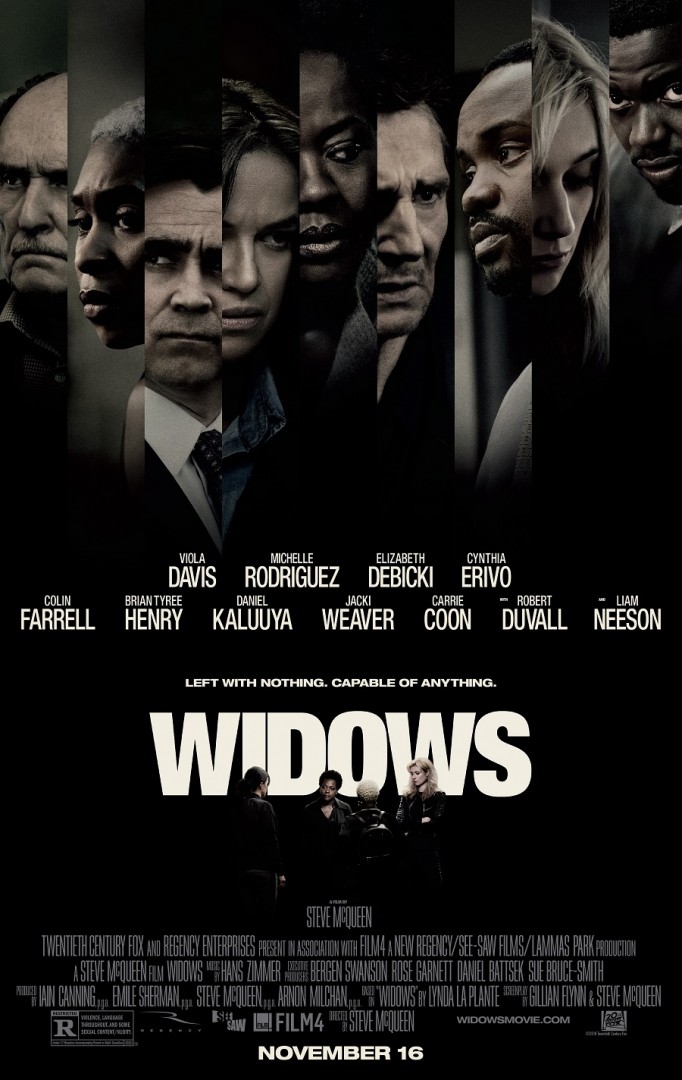