Justice vs. Just Us

Words matter. Sure, they may not hurt anyone physically, emotionally, or mentally when they’re being said or written, but the substance serves as roots for what can blossom into something by someone who can hurt others physically, emotionally, or mentally. As a firm believer of what you do today, effects you tomorrow, AMERICAN ANARCHIST exposes shades of grey when they backfire.

In 1970, William Powell wanted to help build a new society, so he taught the world how to blow up the old one. As the heady days of the late 60’s counterculture and political upheaval turned darker, Powell, at 19, wrote one of the most infamous books ever published: The Anarchist Cookbook. Part manifesto, part bomb-making manual, published in 1971 it went on to sell over 2 million copies, and it’s been associated with decades of anti-government attacks, abortion clinic bombings, school shootings and homegrown domestic terrorism. Now 65, Powell, haunted by his creation, struggles to make sense of the damage it’s done. After writing it, he left the US, leading an itinerant life, teaching kids with special needs — ironically, the kinds of kids who may have turned to violence and the Cookbook.

Directed by Charlie Siskel (Bowling for Columbine, Religulous and Finding Vivian Maier), most of ANARCHIST’s run exposes Siskel digging deep within the complicated mind of a now ripened William Powell. At times morphing from interview to interrogation, Siskel and Powell tend to seesaw off each other as the breakdown towards an apologetic approach from Powell seems to be as far away as back as when he started placing idea to paper. The film is a complexity of youthful rebelliousness and its results. And although it seems to aim at exposing a monster who refuses to take responsibility for his actions, the overall effect is simply another story of an older man reluctantly dancing with his past. It doesn’t make it right, or wrong, just a victim of circumstance – and one that’s caused lives even if he had “nothing” to do with it. The rationale is there, but the results are quite obvious.

Educational and intense, Siskel’s AMERICAN ANARCHIST is the perfect example of why one needs to really think about what he/she thinks, says, or does – especially during turbulent times. 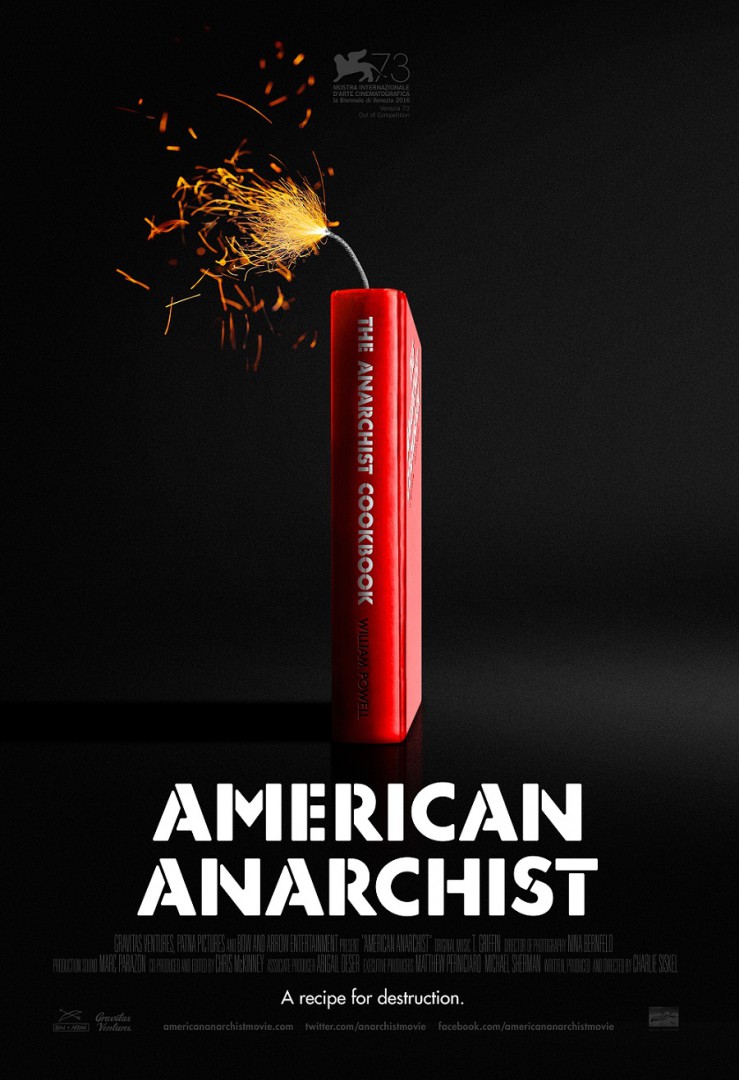