You know what? Sometimes films are just meant to be watched and enjoyed for what they are. For what they represent. For what they achieve as it plays along. Cinematic pleasantries are subjective. Fuck all that overly, detailed “dissection” chatter after you’ve watched it. There are pieces out there that deserve that kind of approach (based on how they’re executed), but sometimes one just needs to disengage and allow themselves to be sucked into a cinematic vortex. A vicious one in the case of BAD SAMARITAN. A piece with a simple premise. One that embarks on a couple of thieves who find themselves tangled in a web of complexities when the same house they’ve broken into has a woman being held hostage.

In a nutshell, if you enjoyed DON’T BREATHE, you’ll enjoy BAD SAMARITAN. Granted it’s not the same (although similarities arise), the intense chaos that ensues is. This piece isn’t “reinventing the wheel,” but man I’d be a liar if I said I didn’t enjoy it. Not just as a David Tennant fan (whose work speaks for itself. I mean… have you seen JESSICA JONES?), but as someone who appreciates psychological thrillers. The plot’s simple, but as it plays along, twists and turns begin to work up a bit of a Hitchcockery-like ambiance. When you think you know how things are going to play out… Surprise, fool! Unexpectedness extends its arm, opens its hand, and slaps you right across your ugly mug!

Considering the film does have its flaws here-and-there (In dire need of more backstory on “Cale!” Motivations. Prequel perhaps?), there’s an enjoyable blend of suspenseful scenes. Some that’ll make you chuckle, and some that’ll make you jump. The flick simultaneously intensifies and captivates. As a whole… It’s not a bad piece. Better than I expected! BAD SAMARITAN is the kinda flick that can slowly lure and build underground, cult status. The film deserves respect. And I, for one, will be giving it props. It isn’t the second coming of Christ, but it’s a piece that’ll resonate based on humanity’s ways (stuff like this happens, people. We hear and read about it all the time!) and leave a skid mark on your soul.

That said… Do you really know your neighbor(s)? 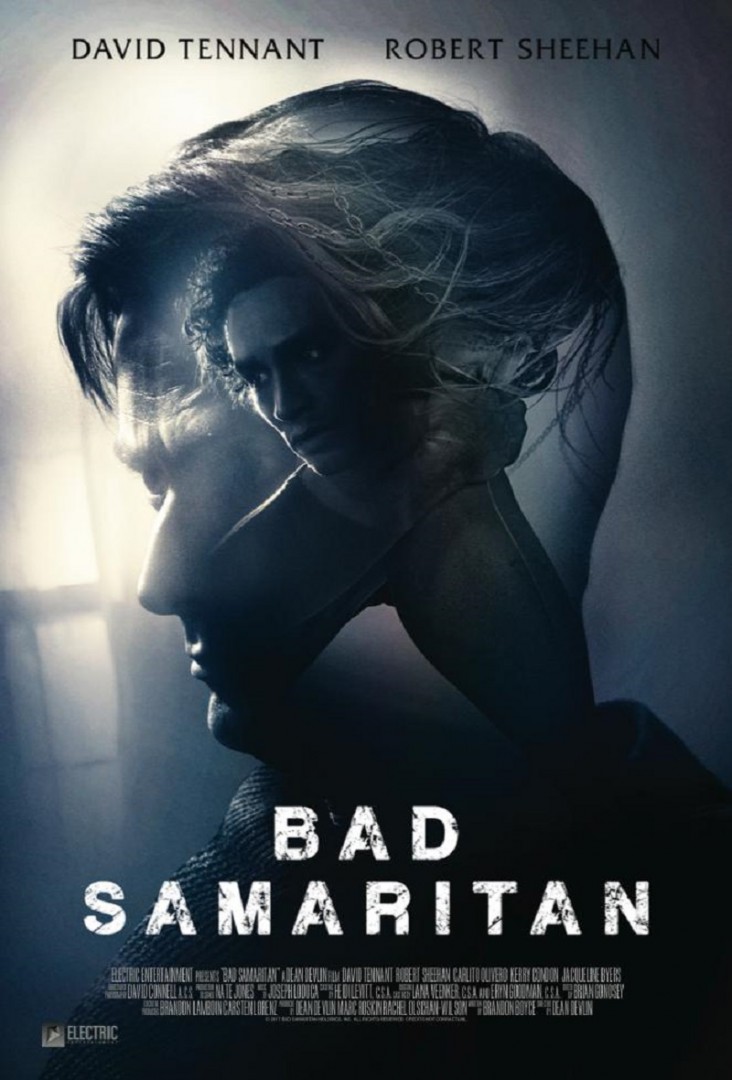