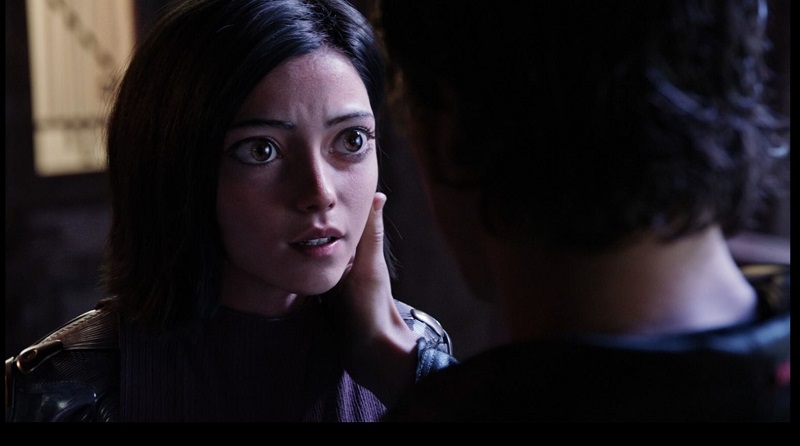 Manga, a style of Japanese comics and graphic novels, is a genre I’m not too familiar with. I’m aware of its existence, its following (many of them friends and acquaintances) and the impact its made. At some point in life I may dip my toe in those waters. For now, I’m good. BUT… there’s a title from the whole Manga world that’s piqued my interest. And it all started with a teaser. It was subtle, simple, and for the most part easy to follow.

Originally set for July 2018, then pushed back to December 2018, FOX has once again decided to push it back. Now opening February 2019, ALITA: BATTLE ANGEL seems sparking up chat on the web. These days, what doesn’t? But a teaser and two trailers later, the film seems to be holding on to the intrigue it generated at first. Naysayers are there, but who cares about them, right?

From visionary filmmakers James Cameron (AVATAR) and Robert Rodriguez (SIN CITY), ALITA: BATTLE ANGEL, is an epic adventure of hope and empowerment. When Alita (Rosa Salazar) awakens with no memory of who she is in a future world she does not recognize, she is taken in by Ido (Christoph Waltz), a compassionate doctor who realizes that somewhere in this abandoned cyborg shell is the heart and soul of a young woman with an extraordinary past. As Alita learns to navigate her new life and the treacherous streets of Iron City, Ido tries to shield her from her mysterious history while her street-smart new friend Hugo (Keean Johnson) offers instead to help trigger her memories. But it is only when the deadly and corrupt forces that run the city come after Alita that she discovers a clue to her past – she has unique fighting abilities that those in power will stop at nothing to control. If she can stay out of their grasp, she could be the key to saving her friends, her family and the world she’s grown to love.

With New York Comic-Con on its way, FOX invited members of the press for a special, exclusive footage screening to get that buzz going. On Friday, October 5th, we were treated to about 30 interesting minutes. Introduced by producer John Landau, we got the lay-of-the-land and endured. While a lot of questions ran through my head once it was over, I have to say for now my interest with ALITA has risen. It looks good. It sounds good. Foot prints of both Cameron and Rodriguez are felt. The footage did an overall decent job at luring us into a dystopian world beyond anything I, personally, have ever seen. Of course, what matters really is the final cut. But I have faith. Even if studio reps keep dodging my questioning of why the push-backs…