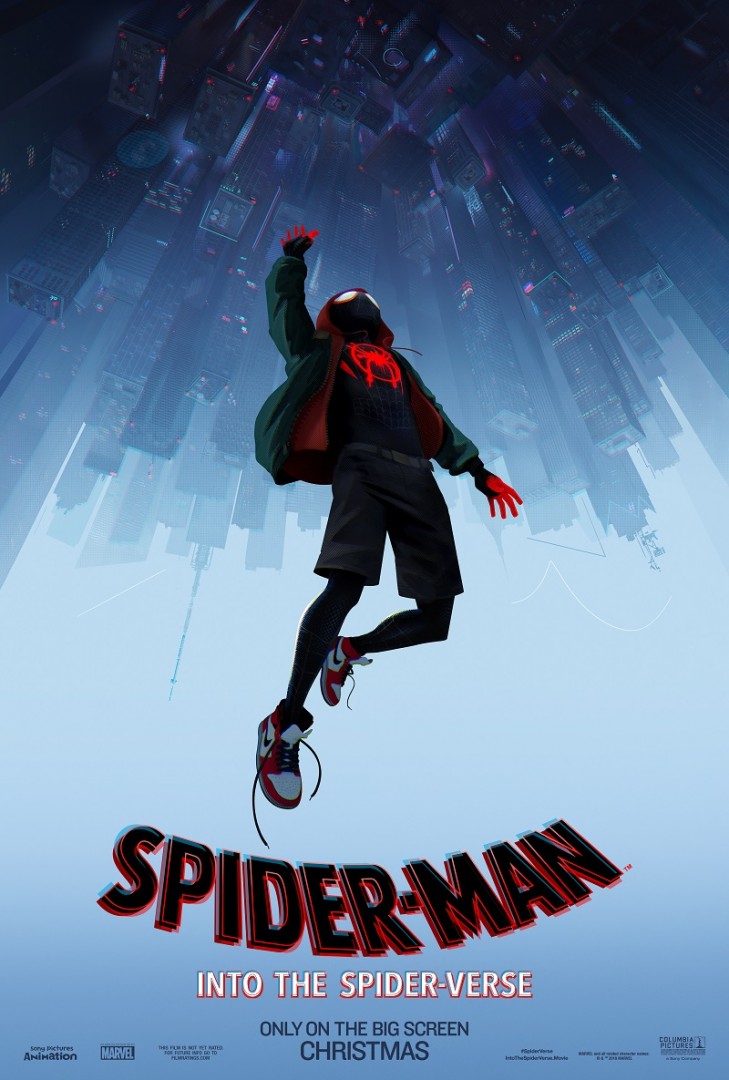 “SPIDER-MAN™: INTO THE SPIDER-VERSE” TRAILER LAUNCHES

Sony Pictures Animation launched the first full trailer for Spider-Man™: Into the Spider-Verse and confirmed the vocal cast joining Shameik Moore as he takes on the role of Miles Morales.  The announcement was made by Phil Lord & Christopher Miller, two of the film’s producers; Lord is also writing the screenplay.

Commenting on the announcement, Lord and Miller said, “We are lucky to have such an amazing cast of funny, genuine creative souls to populate the Spider-verse. They have generous minds and great big hearts. And they have very talented throats.  Which is where their delightful voices come from. But make no mistake:  they are also really good looking. And you can hear that.

Lord and Miller continued: “We can’t wait for the world to see Miles Morales on the big screen. He’s such a fun and exciting new character, and telling his story through a revolutionary visual style makes for a totally fresh cinematic experience that, if we may say so, is freaking amazing.”

Phil Lord and Christopher Miller, the creative minds behind The Lego Movie and 21 Jump Street, bring their unique talents to a fresh vision of a different Spider-Man Universe, with a groundbreaking visual style that’s the first of its kind.  Spider-Man: Into the Spider-Verse introduces Brooklyn teen Miles Morales, and the limitless possibilities of the Spider-Verse, where more than one can wear the mask.  Directed by Bob Persichetti, Peter Ramsey, and Rodney Rothman, the screenplay is by Phil Lord.  The film is produced, in association with Marvel, by Avi Arad, Amy Pascal, Phil Lord, Christopher Miller, and Christina Steinberg.