For the fact that time and time again it’s been proven, I’m an avid believer in some of life’s best results coming from people and things I least expect. DEADPOOL is the perfect example. Seriously, considering its dragged-out debut (11 years) and questionable release date, did any of you think this would wind up being one of the best, thought-out, layered, comedic, action-packed, engaging superhero flicks you’d ever see? If your answer’s, “Yes,” you’re full of shit! A surprise hit in 2016, DEADPOOL struck a chord with audiences who yearned to see Ryan Reynolds make his return in full-blown action mode. Earning respect for living up to the hype, the Merc with a Mouth’s global success presented the producers and the studio with an inevitable question: Where do we go from here, bro? It was obvious for everyone involved (including Reynolds) it meant going balls deeper in terms of immaturity, with a splash of something. Hmm… What could that be? Oh, yeah… Heart! (And that they did!)

In a nutshell, all you need to know is in this next chapter of chaos foul-mouthed, antihero, mercenary Wade Wilson (a/k/a Deadpool (or Ryan Reynolds)) serves as the glue that binds a team of other rogue mutants to protect a young kid with abilities from Cable (Josh Brolin), a brutal, time-traveling, mutant with a serious attitude problem. Upon crossing paths and wanting to right wrongs by wronging rights, along with whatever falls in between, it’s an uneven footing of team work towards a better tomorrow.

Jesus H. Christ of Latter Day Saints this is a sick sequel. And when I say “sick sequel,” I mean there isn’t an aspirin in the world that can cure the head-rush this flick provides. Explosively fun, sarcastically hilarious, entertainingly loud, and brutally gorgeous would be the best way to describe DEADPOOL 2. (A sequel whose title should have remained: THE UNTITLED DEADPOOL SEQUEL) It adds more pizzazz to its predecessor. In part not only is it Reynolds that allows this now fierce franchise to shine, but a lot of it now can be attributed towards its new (and more inclusive of its older) cast of supporters (I absolutely love Domino and Cable), and director David Leitch (JOHN WICK, ATOMIC BLONDE) who has an amazing imagination for telling a story layered with crazy outcomes. If you enjoy fantastic, action-sequences, along flawless choreographed (sometimes CGI’d) fights, DEADPOOL 2 presents it on a silver platter with double the chaos. Quite frankly, if you enjoyed the first one, then you will go bonkers with this one.

This flick reminds you why we enjoy watching Reynolds do his thing as Deadpool. In his best role since… Ok, well… Err… Um… Oh, never mind… DEADPOOL raises the bar on what an action-hero is. Although questionable due to his ways, the darkened allure presented by the character couldn’t have been exposed any better than the way Reynolds has been doing it. Simple, subtle, silent, and deadly. Whatever. That’s Cable. Who am I kidding? I meant raunchy, edgy, silly, and beyond immature! That, my friends, makes for a cocktail of comedic chaos.

I will say DEADPOOL 2 follows some of the first’s formulas, but clever enough to be different. (If that makes any sense.) Under the direction of Leitch, the level of insanity hardens in terms of viciousness. (References — nothing and no one is spared) Giving us more in terms of EVERYTHING, the highlight of this one (I think) are Zazie Beetz (Domino) who stands out a lot in a good way, along newly-created drama that allows the franchise to continue growing and glowing in a class all on its own. It’s hardcore fun throughout the entire piece. It’s an overdose of cinematic cojones, with a twist among the superhero genre. Full of surprises (interesting cameos) and probably the best end-credit scenes ever! Even the soundtrack serves a purpose. It’s SO damn good. So much, it too winds up a character within the flick. It adds to all the chaos that ensues. As a whole, this is a spectacle sequel that engages more than the first and solidifies “come-book movie fatigue” being in a galaxy far, far away and not arriving any time soon. Deadpool’s heart beats harder and louder than most think. 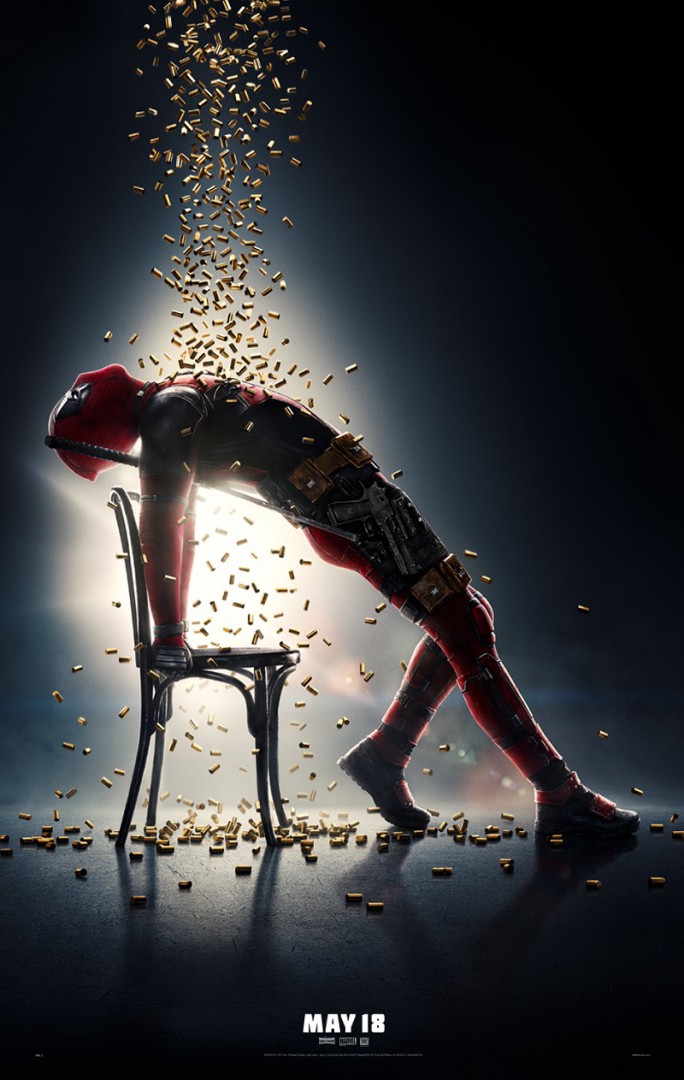