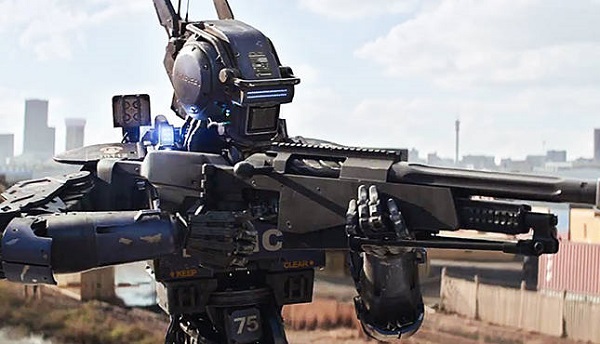 A.I. (Artificial Intelligence) is clearly one of the most unique forms of evolution on this planet. Weâ€™ve seen tons of films on it, but when internet search engines like Google pretty much know what youâ€™re looking for based on typing a few letters, or Watson (a highly intelligent computer system) beats an actual human-being at â€˜Jeopardy,â€™ one really needs to question if weâ€™re on our way to building our own demise. â€˜Terminatorâ€™ (for example) isnâ€™t that far off, and â€˜Chappieâ€™ either. With tons of silliness and totally playing out in an angle I wasnâ€™t expecting, its undertone of mankind playing â€œGodâ€ is evident.

Director Neill Blomkampâ€™s â€˜District 9â€™ and â€˜Elysiumâ€™ are films that invite audiences to re-imagine our world. In those two films, Blomkamp combines pulsating action with a social conscience that made the films totally unforgettable (for me) and with his new film, â€˜Chappie,â€™ Blomkamp pushes our psyche again.

Set in 2016, the world is under the guidance of robotic police droids, called Scouts. One cannot negotiate nor reason with them. With the entire city under the questionable protection from these droids, along appears an entirely new and unique creation â€“ Chappie (Sharlto Copley), the first robot that can think, feel, reason, explore, and completely exist on its own. Once up for use as a police droid, Chappie is snatched and molded for an entirely different use. 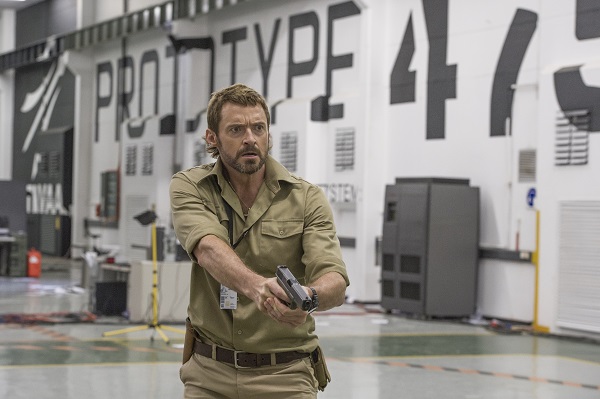 There are those like Vince (Hugh Jackman) who see an independently functional robot as the end of mankind. Chappieâ€™s creator, Deon (Dev Patel), sees Chappie as a living, breathing, and entirely human form of life â€“ and quite frankly the last hope for humanity to exist in some form of way, even if he isnâ€™t human.

Once both forms of ideas clash, itâ€™s a domino effect of harsh complexities between mankind and unstoppable, evolving robot.

In a nutshell, I didnâ€™t hate the film. Clearly one of the most thought-provoking ones Iâ€™ve seen in the last few weeks, â€˜Chappieâ€™ is another one of Blomkampâ€™s mind-bending pieces that taps into our current reality. Who we are, how we judge, how weâ€™re molded, how we react, and rays of light between our own existence and thoughts of how we as a species may even surviveâ€¦ Noble!

The film as a whole has a few inconsistencies. Thatâ€™s fine. Nothing in life is perfect. A lot of it stems from its all-over-the-place script that challenges logic. Not that as movie-goers weâ€™re not meant to disengage our brains, especially with films like this, but there was a see-saw of events that just didnâ€™t work for me, and took me away from any credible reality. Not being one who gives anything away in reviews, but letâ€™s just say if I were to be kidnapped, Iâ€™d want it to be in South Africa. It seems as if there you can be taken, threatened, beaten, and forced to do things you donâ€™t want to do, however, once you complyâ€¦ youâ€™re free to go!

With weaknesses like that, most of the movie just loses its own grip on what itâ€™s trying to portray. BUT it doesnâ€™t diminish a unique cinematic experience. Watching a robot learn the way of the hood, generating its own emotional education, and being able grasp the ability to feel, love, and fight for those who have cradled it, the entire film provides a unique story with a rough-around-the-edge tone while helped by some pretty decent character building, even one that exposes a darker side to a mullet sporting Hugh Jackman. Although I didnâ€™t really feel for Chappie as a whole (maybe I need to watch it a second time), aside from its casting, cinematography is great, it sounded awesome while accompanied with an electronic-like score, and an atmosphere that complements the filmâ€™s subject-matter.

Blockbuster hit or not, â€˜Chappieâ€™ will be a pretty strong contender at any level itâ€™s released. Exposing humanity creatively is something Blomkamp has mastered pretty well, and has earned him the respect as a filmmaker that raises lots of interest. 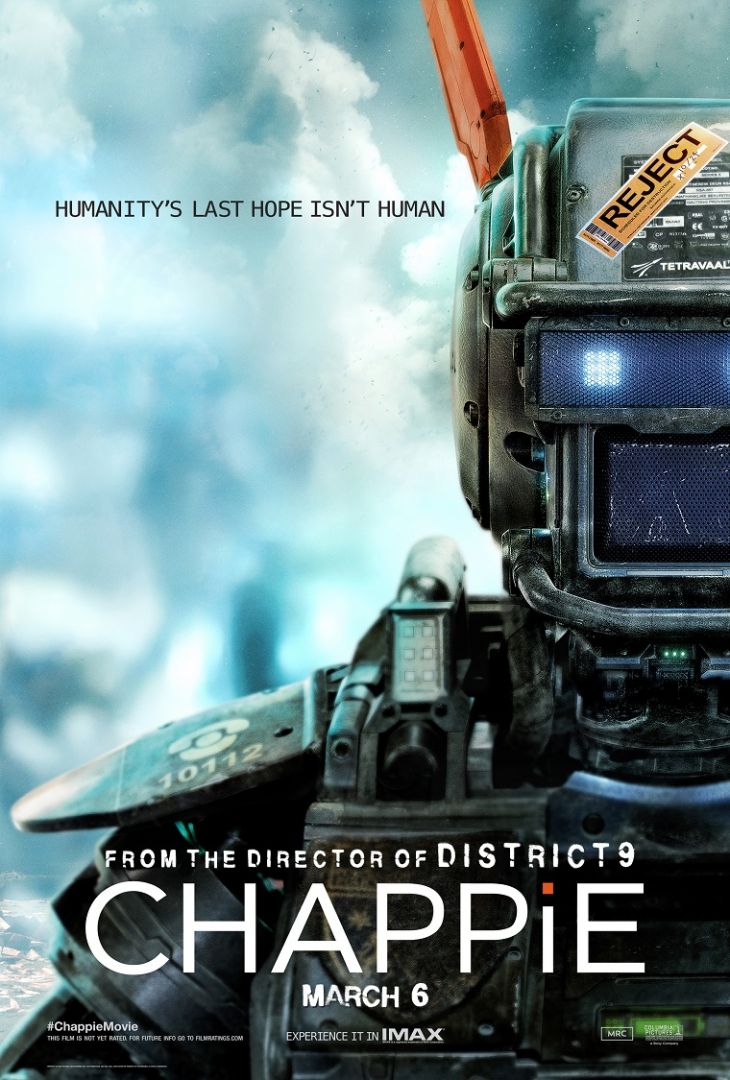