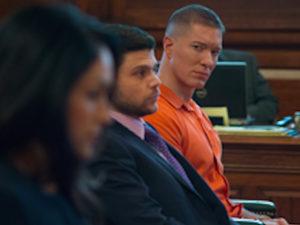 Things are heating up more than ever for Jamie/Ghost (Omari Hardwick) and his organization. The feds finally caught Lobos (Enrique Murciano) as Angela (Lela Loren) tapped into Ghostâ€™s phone to find their meeting location. Lobos right hand man was killed as their hotel room was raided by feds. Lobos and Tommy (Joseph Sikora) were apprehended, which Tommy knows Angela was up to it. At the time of Tommyâ€™s arrest, Kanan (50 Cent) was on his way to the meeting and stayed in his car by close range. Ghost slipped away as he knew Angela was watching him. There is no one to trust and even those he may love are not who he thinks they are. Ghost has to stay ahead of the game and know his next move as if he is playing chess.

Tommy is in jail and Angela is trying hard to build a case against him. She is working to put every piece together on the puzzle to find the answer and see him suffer. Angela visits Jamie/Ghost at his hotel room to try and get Tommy to break. Ghost informs Angie that he would never do that. As a possible solution, Tommyâ€™s mother is brought in and high on coke while trying to get her son to snitch. She canâ€™t afford to lose it all since living off of him. He lets her have it and kicks her out the room knowing itâ€™s a trap. During this interval, Angela is questioned of her loyalty due to having intel on the whereabouts of the Lobos meeting. Itâ€™s a question she still canâ€™t and wonâ€™t answer without her cover being blown. Little does she know that Greg (Andy Bean) has been following her and has some tricks up his sleeve. Tommy is set to appear in court for a hearing and is represented by Drug Client/Lawyer Proctor (Jerry Ferrera). During the hearing, Angela states to the judge the reasons for Tommy being a threat to the community. Proctor states his reasons, which he thinks will get Tommy off the hook. After hearing both arguments, the judge denies Tommy bail.

As everyone scrambles to figure out their next move, things deepen between Tasha (Naturi Naughton) and Shawn (Saniqua Walls). Tasha withdraws the money that sheâ€™s been hiding from Ghost and has Keisha (Lala Anthony) bring it to her house. Keisha questions Tashaâ€™s plans to leave Ghost and take the kids to run away. As much as her life seems glamorous, there is no escaping her past. Â Shawn and Tasha canâ€™t deny their affection for each other and both know that they have to run before itâ€™s too late. Itâ€™s a twisted love affair of whoâ€™s playing who. Shawn has to do one last thing before they leaveâ€¦itâ€™s to keep his dadâ€™s promise of killing Ghost. Back at the D.A.â€™s office Greg sits down and confronts Angela about coming clean with the source of Loboâ€™s meeting. Heâ€™s had enough of playing her little game and feeding into her pity lies. He drops the bomb and speculates that James St. Patrick is Ghost and that Angela is working with him. Greg tells her that heâ€™s been watching her closely and has evidence that they are working together. Heâ€™s got part of the answer right. Will Greg lead himself into a hole that he canâ€™t dig out?

Meanwhile, Shawn finally gets to catch up with Ghost after failing to kill him the first attempt. He opens up about having an affair with Tasha and how much he loves her. He lets Ghost know that heâ€™s not the man for her. Ghost knows that Kanan put him up to this and that Shawn cannot carry his weight. After knocking Shawn down, Ghost demands him to leave town and not return. Ghost was right as you can see the hurt in Shawnâ€™s face. This is his way of saving Shawnâ€™s life and giving him a warning that it wasnâ€™t his fate. After returning to his father, Shawn tells Kanan that he couldnâ€™t do it and that he is done. It wasnâ€™t so much as a shock to him because he saw it coming. Kanan drills in Shawn head that Ghost put him away for all those years and that he was set up. He lets him know that there wouldâ€™ve been more of a relationship had it not been for Ghost. Shawn and Kanan exchange words and Shawn throws the gun at Kanan to let him know heâ€™s done. That doesnâ€™t sit well and since he couldnâ€™t finish the job he might as well do it himself. Kanan pumps a bullet into Shawn and lets him know that he is not his son. If he had a son, he wouldnâ€™t question his loyalty and take orders. As Shawn lays bleeding, he pleads for his life and tries to make one last call, but itâ€™s too late. Kanan blows his head open and Tasha was waiting for him to pick her up. Will Kanan get away with his sonâ€™s murder or set up Ghost for revenge? Tune into the season finale of Power on Saturday, August 15 at 9pm.