Julie Whitfield ALWAYS heads the Oak Tree Elementary School Fall Fantasy Fundraiser planning committee, so when new parent Rachel attempts a coup, it leads to a bloody battle that only one woman can survive.

Ok, that was what Tribeca said it was. Ha Ha. This short nine minute narrative I had to watch twice. At first I was telling myself – This is dumb.  But towards the end I was hooked and had to give it another pass just to make sure. The writing is very whimsical in the sense that it breaks action to is probably unbelievable with short spurts of rational thought.

I would say that if you can check this piece out, you go ahead and do so. I just hope Julie Whitfield didn’t call dibs on reviewing this piece! 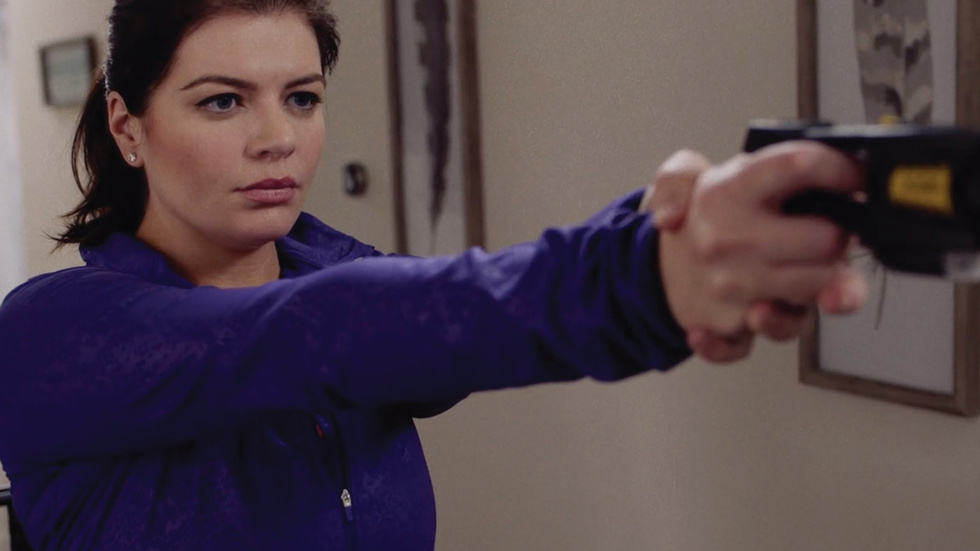 Amy Barham left her native England in 2011 to pursue her dream of becoming a filmmaker. Since then she’s worked in creative development on films such as Mission Impossible 5 and Sherlock Holmes 3. Don’t Mess With Julie Whitfield is her first short film as a writer and director.