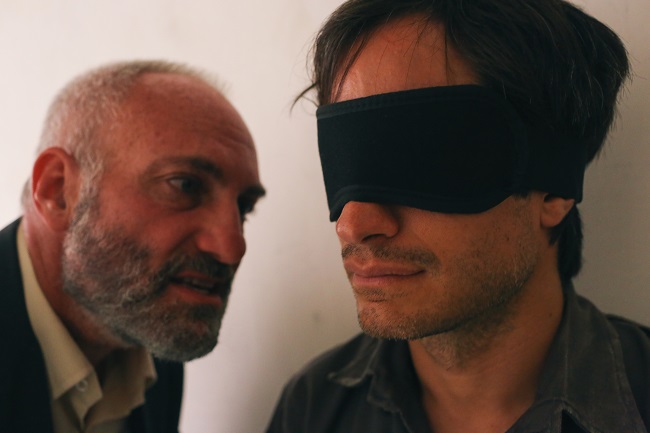 ROSEWATER is based on The New York Times best-selling memoir “Then They Came for Me: A Family’s Story of Love, Captivity, and Survival,” written by Maziar Bahari.

This touching narrative follows the Tehran-born Bahari, a journalist with Canadian citizenship. In June 2009, Bahari returned to Iran to interview Mir-Hossein Mousavi, who was the prime challenger to president Mahmoud Ahmadinejad. As Mousavi’s supporters rose up to protest Ahmadinejad’s rigged victory hours before the polls closed, Bahari endured personal risk by not only shooting, but providing footage of the street riots to the BBC. Bahari was arrested by police, led by a man identifying himself only as “Rosewater,” who tortured and interrogated him over and over for 118 days. With Bahari’s wife leading an international campaign of outcry to have her husband freed, Western-based media not only got wind of the situation, but kept the story alive. With intense, international pressure Iranian authorities released Bahari on $300,000 bail and the promise he would act as a spy for the same government accusing him of such acts upon them.

The act of espionage accusations across the world have been going on for decades, especially in areas like North Korea, North Africa, and The Middle East. More and more cases of missing journalists, humanitarian do-gooders, or idiots who venture into that part of the world (just because they feel entitled to) always pop up with one thought on my mind: Why the fuck would ANYONE go there? Yes, thereâ€™s the argument of journalistic pride, or the ever-so-famous â€œWe Are The Worldâ€ band-aid, or â€œI come in peace to see your beautiful country,â€ but the reality is for every one rational-thinking, respecting, open-minded, welcoming soul out there, there are four paranoid, brain-washed, uncivilized barbarians looking to appease the whacked out masses that run the area and hold hostage those they see as evil-doers, or spies.

Thereâ€™s a recent example with a Washington Post reporter Jason Rezaian who simply paid homage to his Iranian roots in a recent PARTS UNKNOWN episode whose been incarcerated (along with his wife) for nothing more than paranoid-based accusations. For more on that, click here!

When thinking about it, kind of an interesting subject-matter chosen by satirical, funny-man Jon Stewart to tackle as not only writer (screenplay), but director (for the first time) as well. The film clearly exposes Stewartâ€™s passion, knowledge, dedication to a cause, and his mind-frame of how he wanted to tell the story. The choice of cinematography (by Bobby Bukowski) that allowed us to venture into that world was a grainy, lesser appeal a-la Paul Greengrass. The POV, direct approach places you in the middle of all the build-up, chaos, and generates a jittery feeling of psychological misery as the film unfurls. 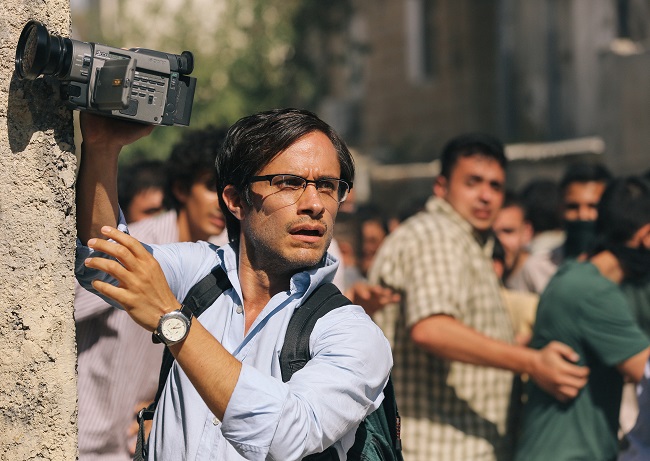 A lot of the strength in the film comes from Gael Garcia Bernalâ€™s performance as Bahari. Proving to us many times over how he can carry and live a role is no secret. Others heâ€™s excellently executed in drama-based, narrative bio-pics such as THE MOTOR CYCLE DIARIES (â€˜04) and NO (â€˜13) gives off a range we donâ€™t see in other actors. Highly underrated in my book, Bernalâ€™s confidence to run with this role is very admirable â€“ and one that may hold him down as one of the best international actors to date. Am I biased? Perhaps! But aside from his accent (which hasnâ€™t really stopped anyone from casting him and shouldnâ€™t) kudos to Stewart for having locked this (Latino) brotha down. In all honesty, I donâ€™t know or think if this flick would have worked (performance-wise) had Bernal not been cast. It would have felt different, especially during scenes that entailed some harsh interrogations.

Speaking of interrogations, considering itâ€™s a film that exposes political and/or human rights atrocities in that part of the world, Stewart does it with very little violence. There are elements of it in ROSEWATER, but the power that binds this kind of situation with the film comes from psychological-generated misery and filmmaking craft.

Now, while most of the film works, some of the editing choices were a bit questionable and kind of clichÃ© in a color-by-number type of way. I never read the book, but there are some aspects to ROSEWATER that seem missing. Itâ€™s clear on who surrounds Bahari prior to incarceration, but we only see specks of them afterwards. The will and drive from the outside isnâ€™t touched as much and feels empty at times considering the filmâ€™s pace. Whether done on purpose for budgeting and timing reasons weâ€™ll never know, but there was an element of emotional distress I believe should have been caught from an opposite perspectives. 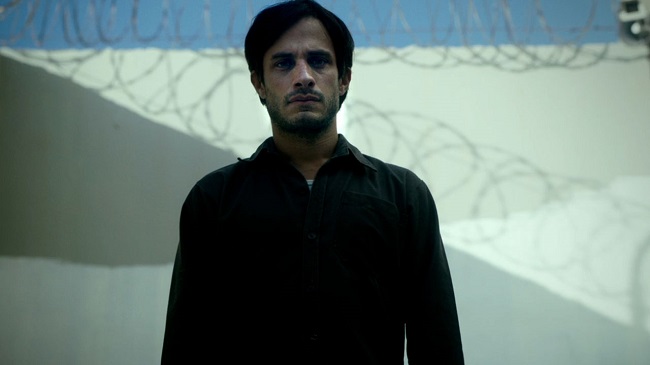 Overall, it doesnâ€™t mean itâ€™s an unwatchable film. Although small for Hollywood measures, ROSEWATER is one of the best dramas released this year. It opens us up to another form of talent from Jon Stewart, and allows the audience a deeper, darker look into a common occurrence most of us just shrug off when we hear about it. Some may even be lured into this thinking itâ€™s another ARGO (â€™12), but rest assured this movie is not ARGO! The only similarity (if that) is itâ€™s a true story (aside from many) based out of Iran. Thatâ€™s it! Kudos and respect to Jon Stewart!