Fun and games ’til someone loses their life!

Blumhouse pleasantries have been freaking people out for quite some time. Specializing in spooky stories, producer Jason Blum’s name has become synonymous to horror. Now, even though not all that’s been belted out of his house of horrors has been well-received, they all seem to do well at the box office – and I think that’s all that matters, right? Homeruns like SPLIT or GET OUT are unique gems, but all his films allow the mind to believe there’s much more to be hashed out by the Blumster. And for good reason, because if there’s one thing anyone can bank on is that Blumhouse will always work up some form of freaky fright flick. (I DARE you to say that over-and-over…)

Take TRUTH OR DARE, for example. (Not a remake, believe it or not.) A story that exposes a tightly knit group of teens embarking upon their last undergraduate getaway who engage in a harmless game of “Truth of Dare.” A game they later find out is full of wickedness – and one that follows them home, forcing them to play, or face the deadly consequences.

The TRUTH about this movie is it’s not that bad. It’s cheesy and in some ways not scary. But… It is… A cheesy, entertaining popcorn flick. While it’s nothing that’ll floor you by reinventing the wheel, it’s another supernatural thriller that feeds off its own creative chaos. One that gets personal as it metaphorically plays a game of terror tag, moving from one person to the next. The rules are simple: follow through or be honest, you live. Decline or lie, you die. Its color-by-number clichés are all covered in this FINAL DESTINATION-like parody that ends openly, hinting at an obvious sequel should this one make bank. 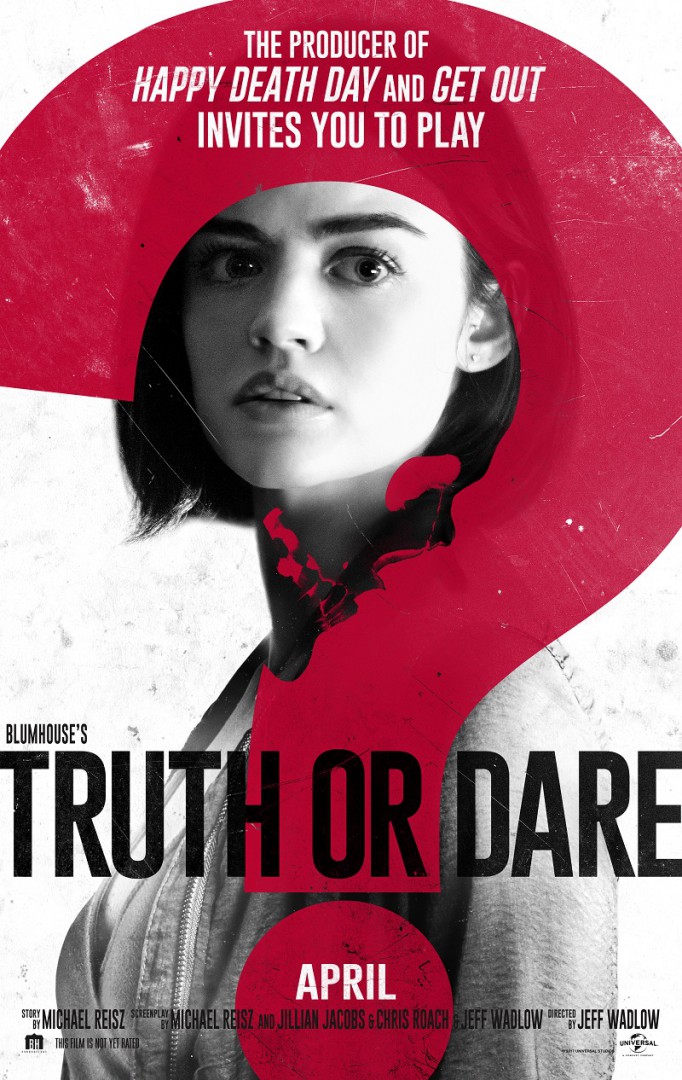