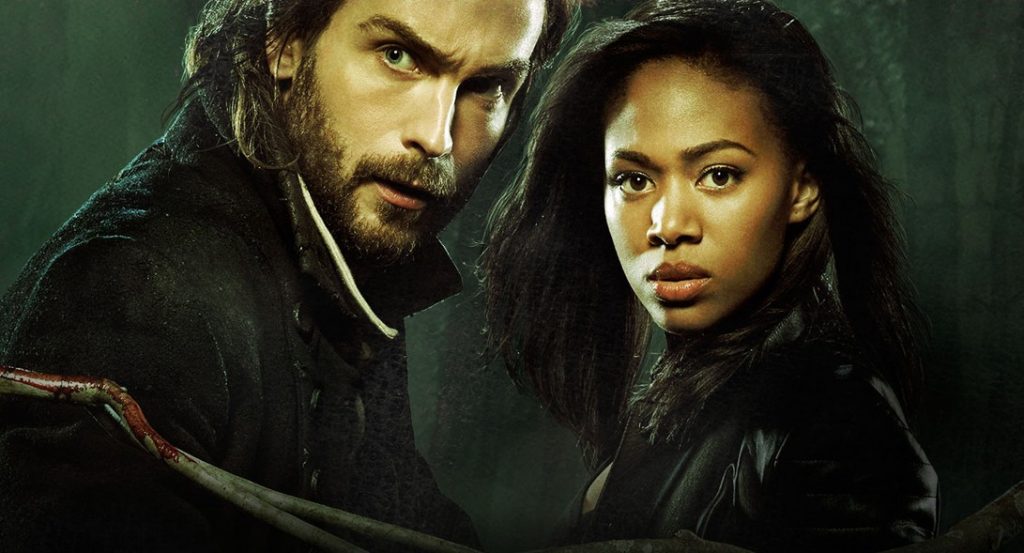 As you all know from how last week’s episode ended, Katrina enraged with Ichabod for killing their son Henry, travels back in time intending to change the coarse of our history.Â  What she wasn’t aware of was Abbie unintentionally hitching a ride.Â  Abbie’s mere presence could unravel everything Katrina is planning and si seeks out an unlikely ally to aid her.Â  The dark witch has but one thing on her mind, killing Ichabod and Abbie.Â  If time has taught us anything it’s that Ichabod and Abbie will never make that an easy thing to do.

Meanwhile Abbie, imprisoned by the army Ichabod is fighting with reaches out to her friend in hopes of convincing him that she is friend not foe.Â  Remember the series premiere and the first time they met?Â  Then you KNOW it will take a GREAT deal of convincing to get Ichabod to believe a word that Abbie says.Â  Time is running out and she must work quickly before Katrina unleashes her fiery hell upon them.

Will Abbie find a way to stop Katrina and pull her back from the dark side?Â  Will she and Ichabod fail?Â  One thing is for sure though, you NEVER tangle with a witch scroned.Â  This finale will end in true Sleepy Hollow fashion with a game changing “I can’t believe they did that!” ending that will leave you stunned and wondering what’s instore for next season.Â  The season finale of Sleepy Hollow airs tonight at 9pm following an all new episode of Gotham.