“A PG-13 version of Deadpool? Are you serious? What’s that all about? Is it even worth it?” That’s pretty much what ran through our heads when we first got wind of a fat free version of Deadpool. As we learned more about it, the only options left in terms of drinking this Kool-Aid was either “Yes!” or “No!”

For those unaware of the cause known as ONCE UPON A DEADPOOL, basically it’s a re-release of this year’s R-rated comedy hit DEADPOOL 2. It’s re-cut so that it’s a PG-13 version interspersed with scenes that pay homage to THE PRINCESS BRIDE by having Fred Savage as a kidnapped victim at the hands of Deadpool, and forcing him as captive audience while re-telling the story.

Simply put, it’s just a clever ruse with a cause to get you to watch a lighter version of DEADPOOL 2. Only this time, you can bring your kids. The kicker here is this release will only have a two-week run (12th – 24th) and every dollar made off ticket sales will go to the charity “Fuck Cancer,” which has been renamed “Fudge Cancer” to keep the whole PG-13 thing going.

Even though you’re re-watching a cleaner version of the film (I.e. No blood, no cursing, etc.) there’s a charming catch. The humor is still there. The fun and funnies come when we see intercuts throughout the film between Fred Savage and Deadpool. Their clever banters fill in plot-holes, breaks down character backstories, motivations, “lazy writing,” more studio jabs, company branding and a whole host of treats that include NEW scenes added to the film and post-credit scenes. There’s even a segment with a clever new use of the F-word. And keep in mind, in true Deadpool fashion, this all rides along the whole fourth-wall breaking approach.

Did we need this? No! But it’s Desdpool and there’s a humanitarian purpose behind it, so, why not? ONCE UPON A DEADPOOL is an interesting experience. We’re already used to the character in extreme forms. Some of us may find the Holy Water approach a bit boring and unnecessary, but even though it takes away a layer, metaphorically it adds one in the sense of how smart writing can still expose a rowdy, in-your-face character and make it work. The whole thing runs like a Blu-ray extra, but if you don’t mind digging into your pockets to re-watch a softer DEADPOOL 2 sprinkled with a little something extra, than ONCE UPON A DEADPOOL is for you.

Starring: Everyone from DEADPOOL 2 and Fred Savage 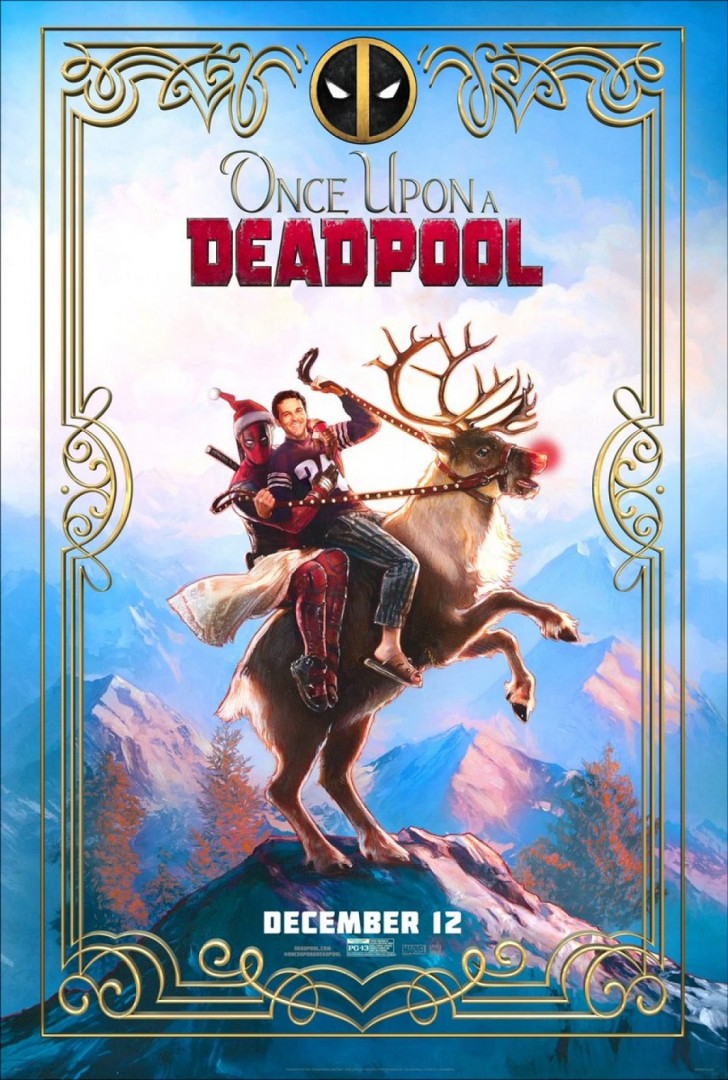