BAD TIMES AT THE EL ROYALE is a grungy tale of seven strangers picked by fate to check in at a rundown hotel in Lake Tahoe. A place riddled with sketchy history, these souls fit right in as their baggage pertains to more than just personal belongings. All check in for one purpose… redemption. Over the course of one night as they settle in, hell breaks loose as they start intertwining with one another.

For starters, EL ROYALE is a gorgeous film. It has one of the best opening scenes ever. It demands your attention. It’s a beautiful wide shot that delivers an eerie yet intriguing feeling. What transpires from there sets the pace for a stylish film. The attention to the set and camera angles are pretty interesting choices as it carries on with narrative. Goddard definitely has a way of expressing his vision and making it engaging. All his films generate a feeling, and while EL ROYALE kinda felt a bit Tarantinoish, it’s its own piece in terms of layout.

My only gripe with the film is how slow it is. It can get mind-numbing at times. What makes up for it is its payoff. Once it hits, it hits! So, I guess there is method to its two-hour-plus madness. Patience is a necessity. But the overall scope of EL ROYALE is dark, mysterious, creepy and sadistically smart. And much of that is due to its extraordinary cast. All pack a hard-punch performance… However, Bridges is the leader of the pack, oddly Hemsworth kinda left a mark (unless it’s THOR, he never really does), and its MVP is Erivo. She is such a charm to watch and her chemistry with Bridges stole the film.

EL ROYALE isn’t a film for everyone, but a film everyone should shoot for. It’s noir at its unique best. Even if it drags a bit. 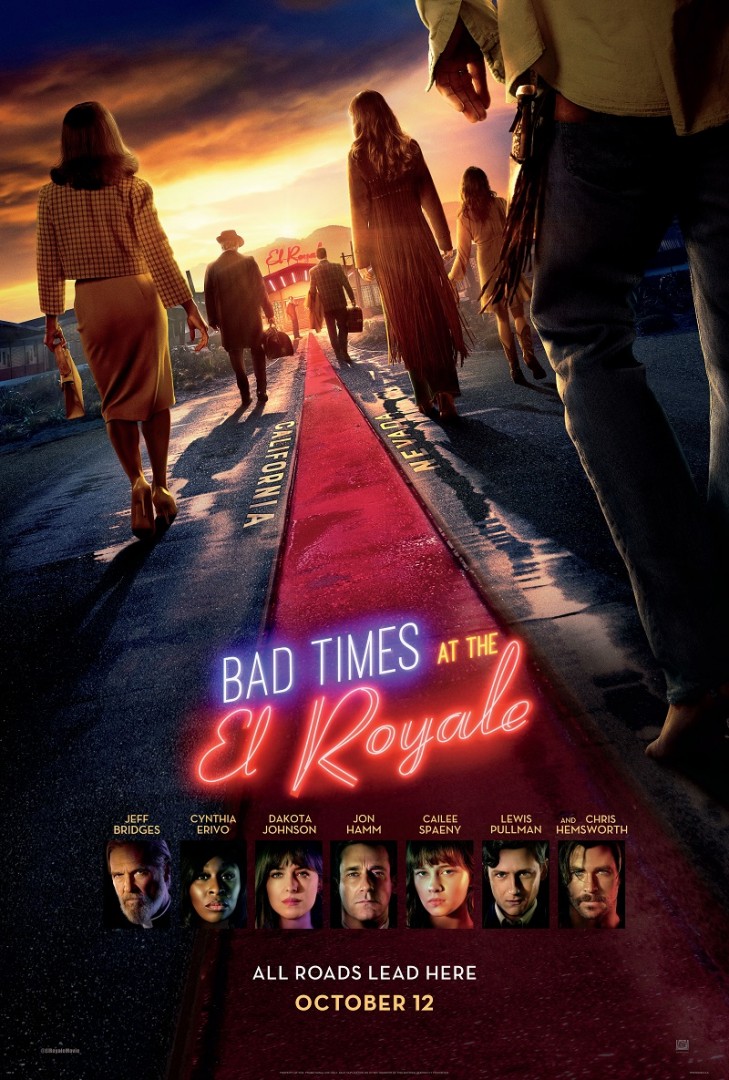